Dissertation title
The feeling in space of dreams: Another space you travel everyday

How could we collaborate with the organisation Save Soho and new local businesses, so that we can safeguard the future of Soho’s performing arts and the creative spirit it embodies?

Soho is an area filled with vibrant entertaining culture, with a strong historical heritage attached to these activities. But all of this is “disappearing” rapidly due to gentrification. Amongst all of the changes, venues and clubs are the most severely affected with the notable Madame JoJo’s club forced to close its doors in 2014. As a result the Save Soho organization was formed to help to protect important performing art venues from disappearing all together.

New local businesses, such as WeWork, known for providing flexible working environments, have moved into the area to soak up the Soho spirit, but they might be disappointed to find that these unique qualities of the place are becoming more of a distant memory.

In response, a new collaboration is formed between Save Soho and WeWork to create a new venue that plays homage to the past. The ‘Spiritual Hook’ is a new flexible archive that collects personal memories during the day within a workplace setting and transforms into an entertainment venue & bar by night.

A ceramic studio run by Save Soho at the heart of the plan provides a space for active participation in the creation of memories. Members of the public who had previously visited venues such as Madam JoJo’s can actively record their memories on tiles, plates, cups & various other objects. These objects line the interior surfaces of the archive and are actively used by WeWork members for eating, meeting and working together. The Spiritual Hook is not just about storing or maintaining memories it is about celebrating them as moments of living history that can be touched, used and experienced. 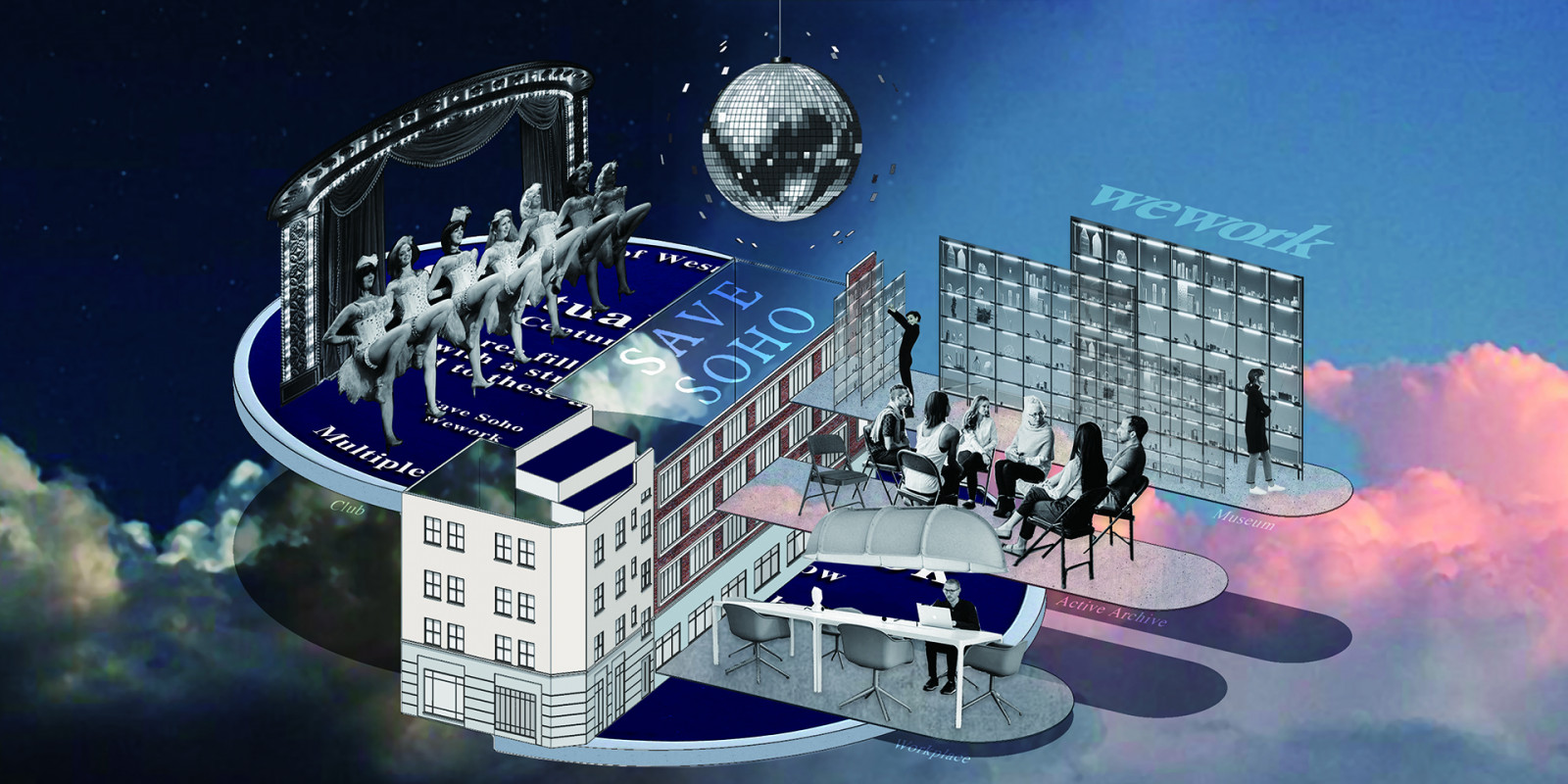 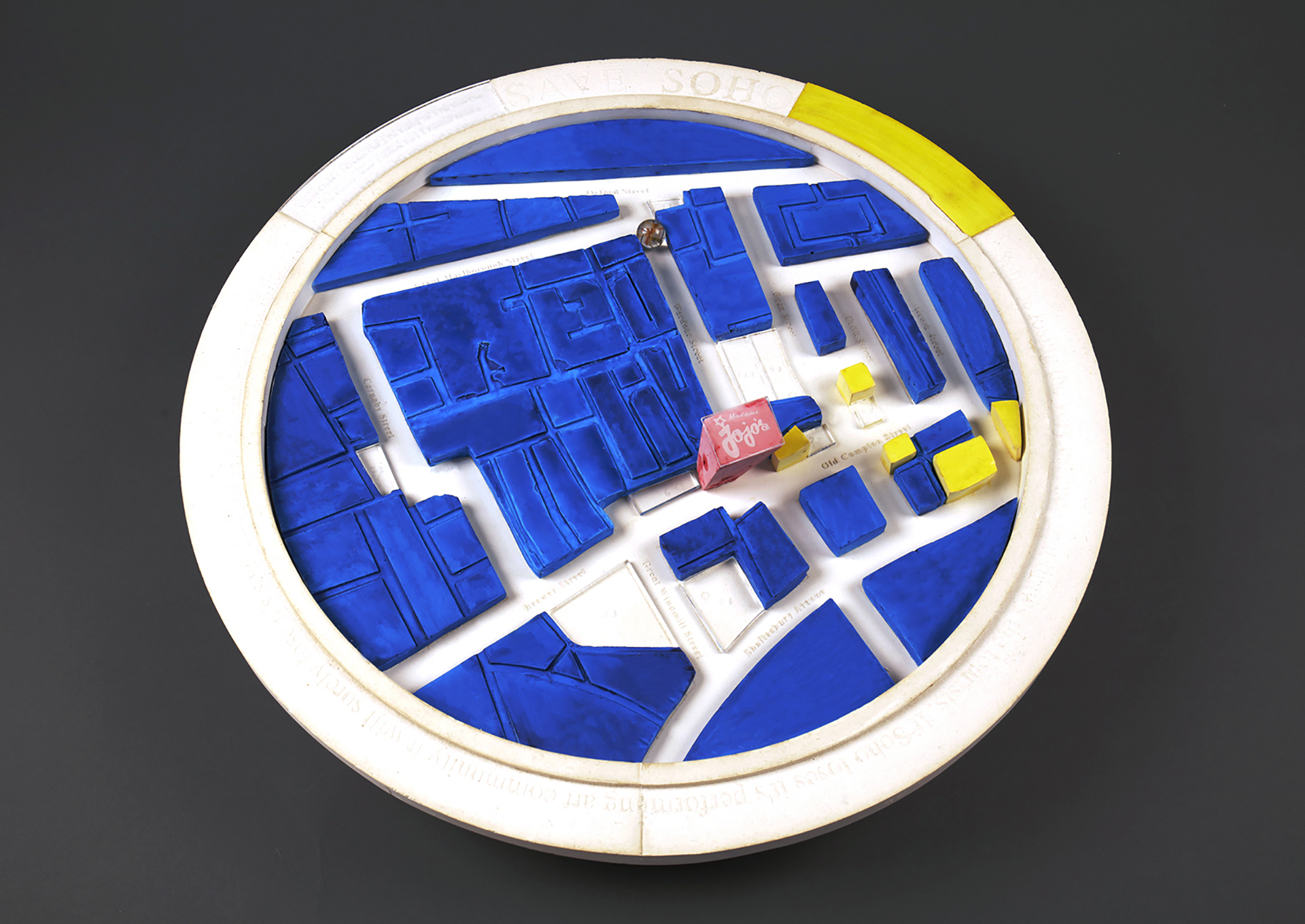 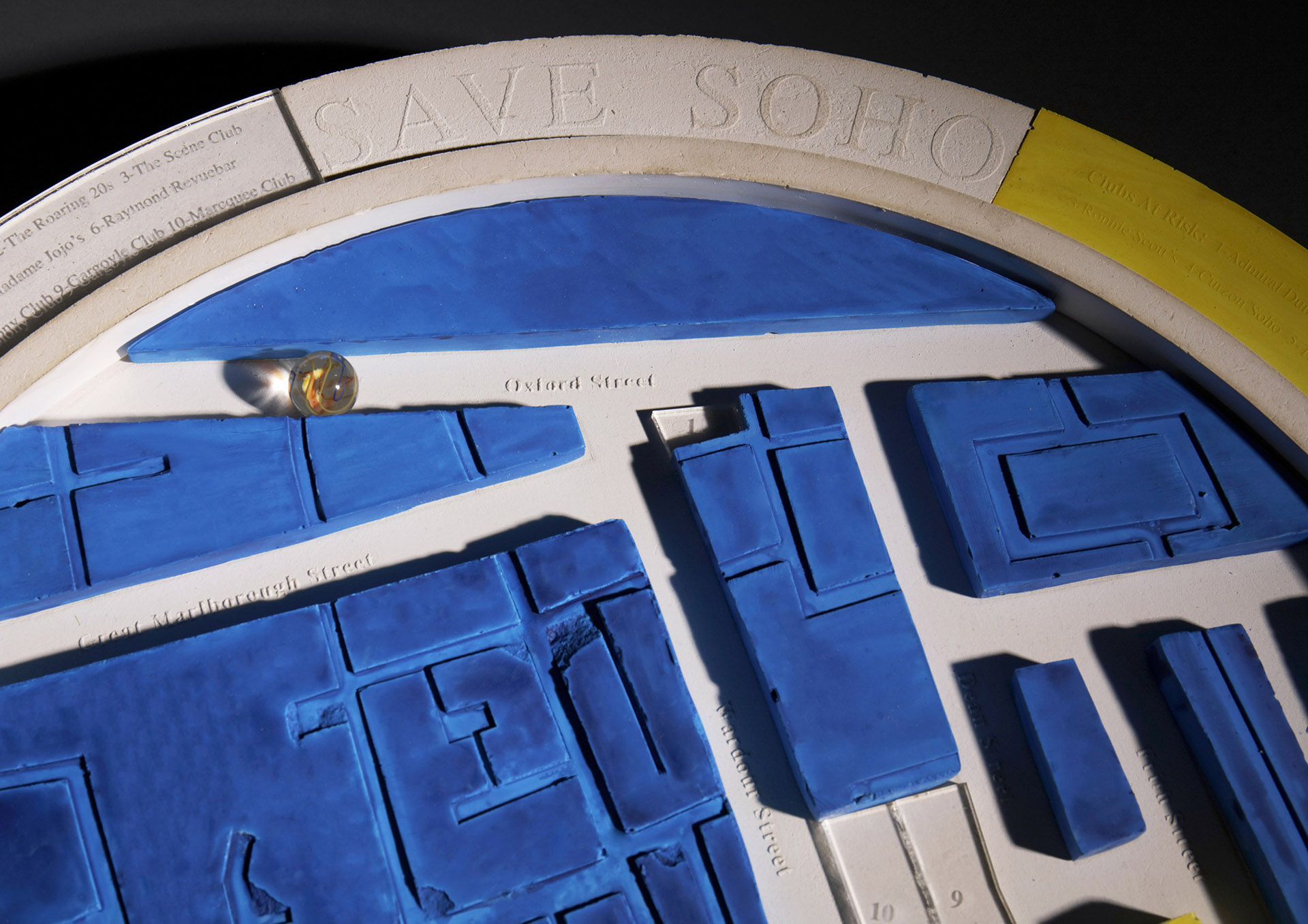