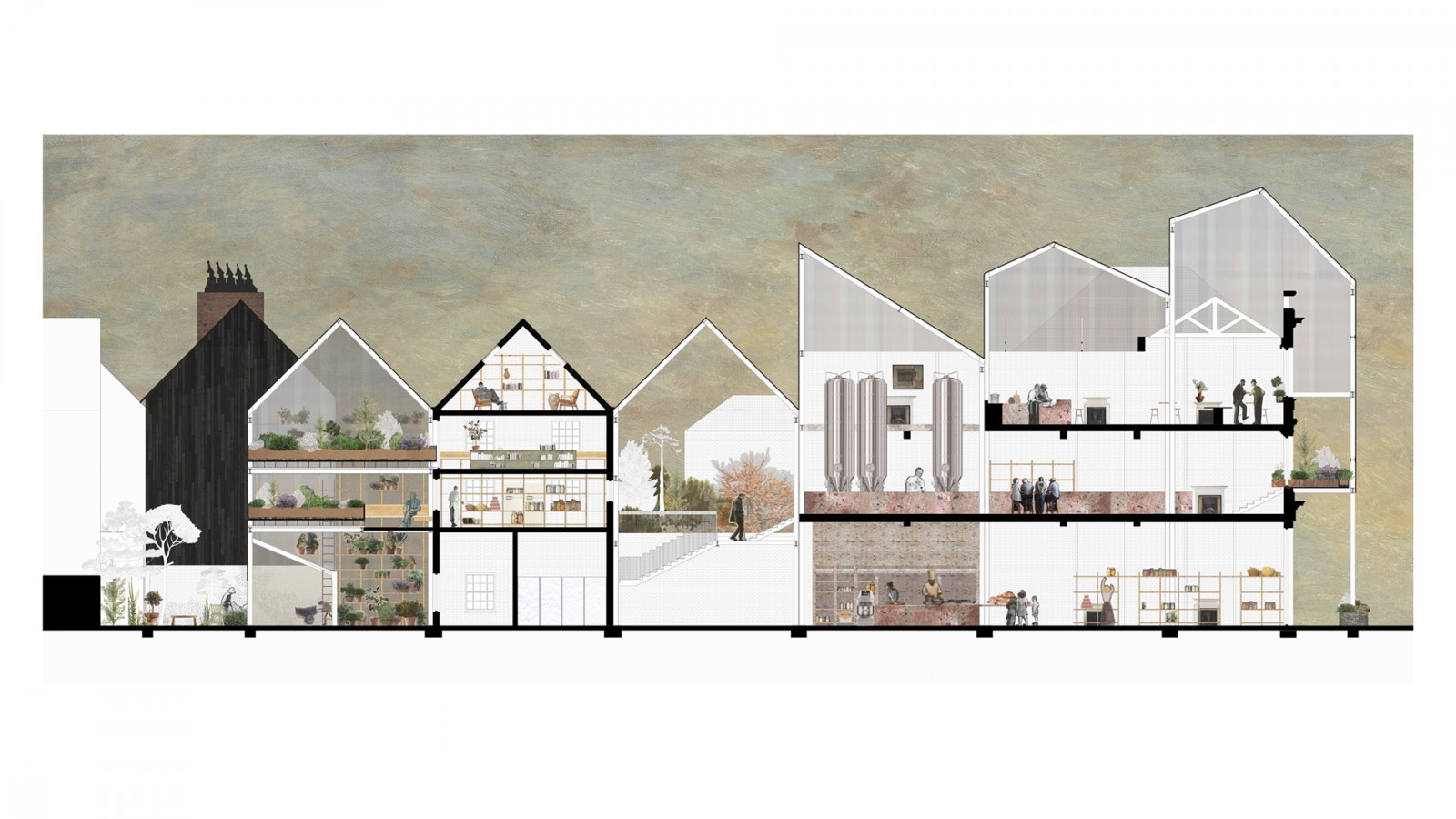 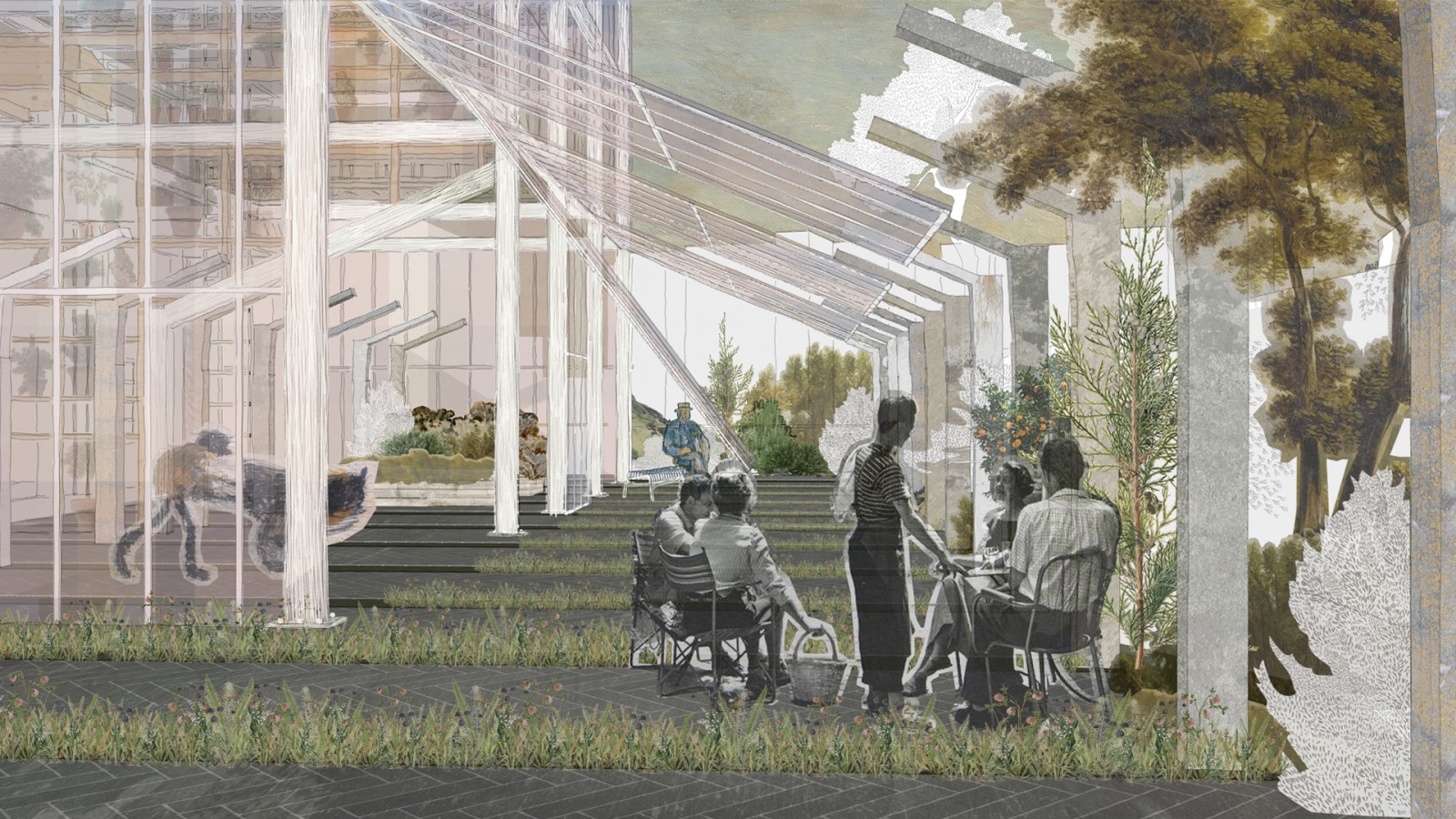 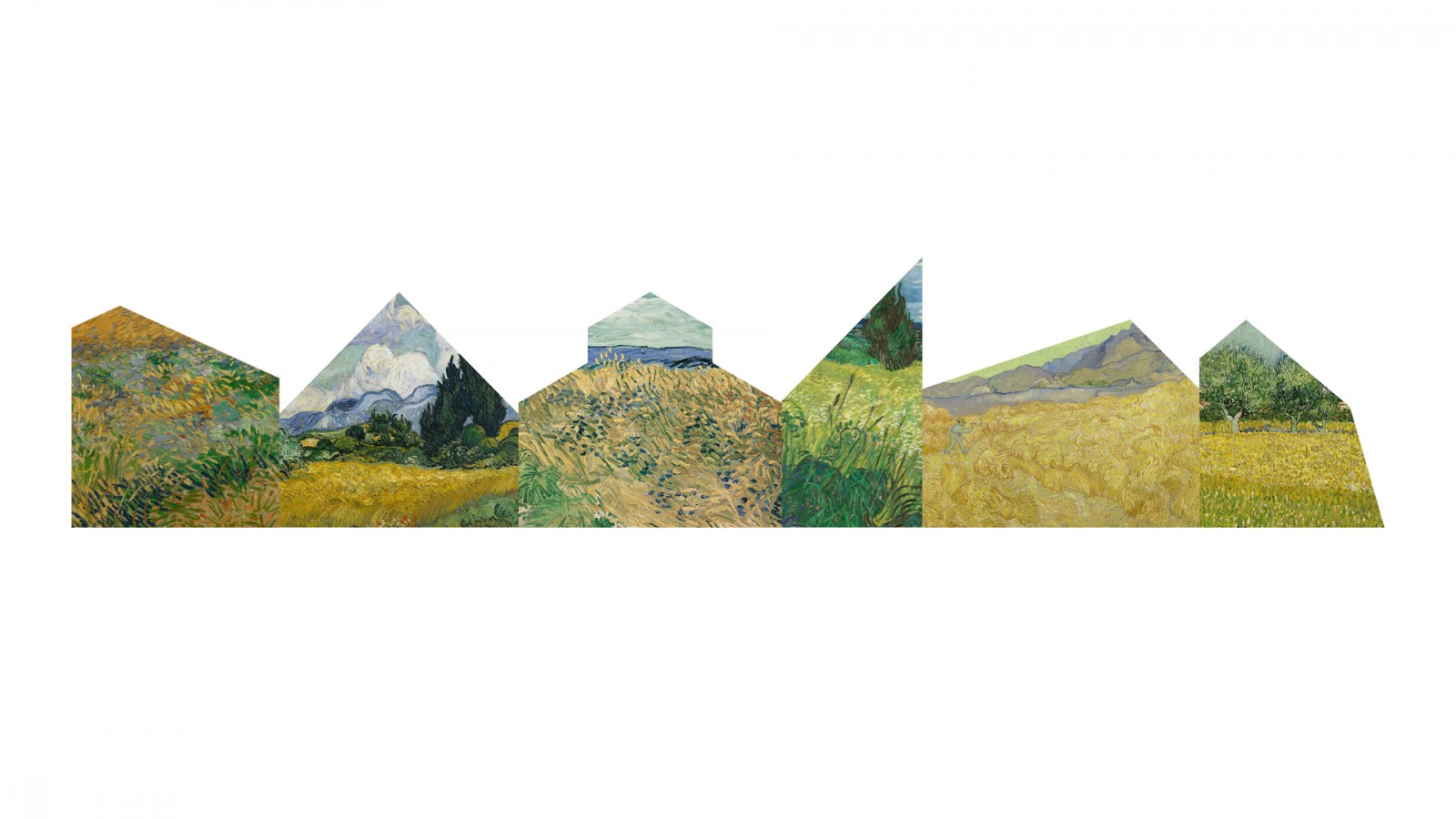 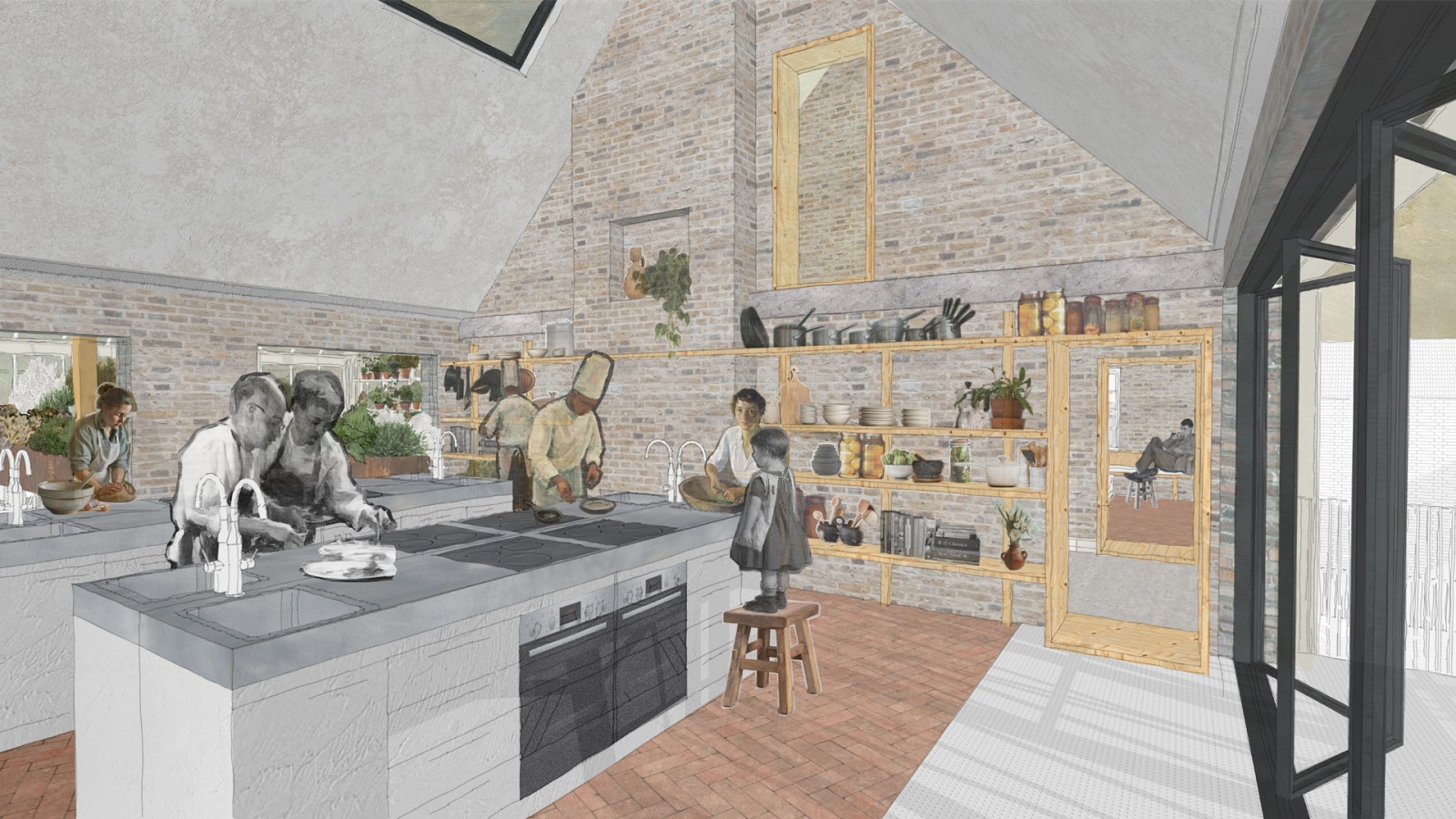 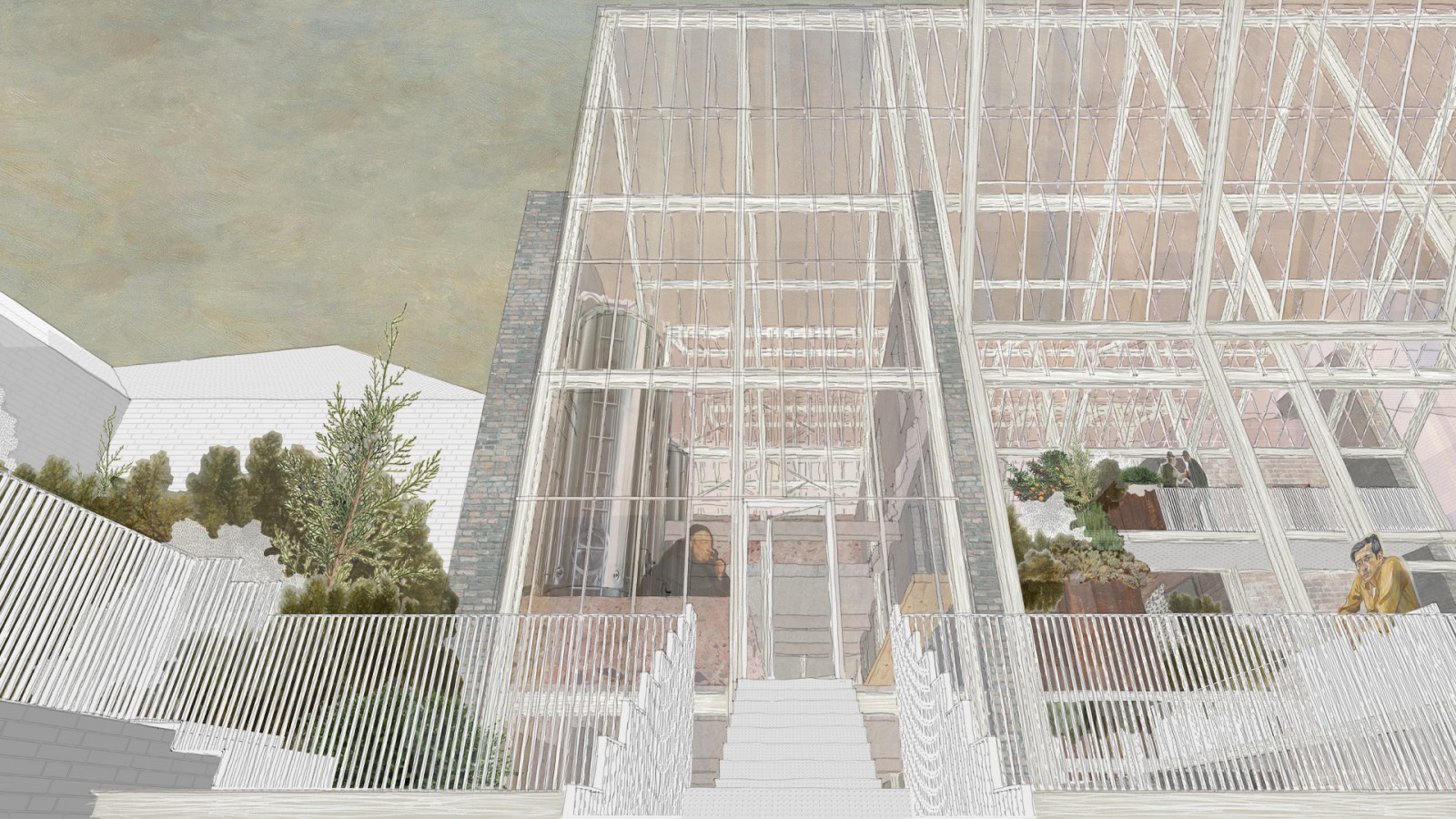 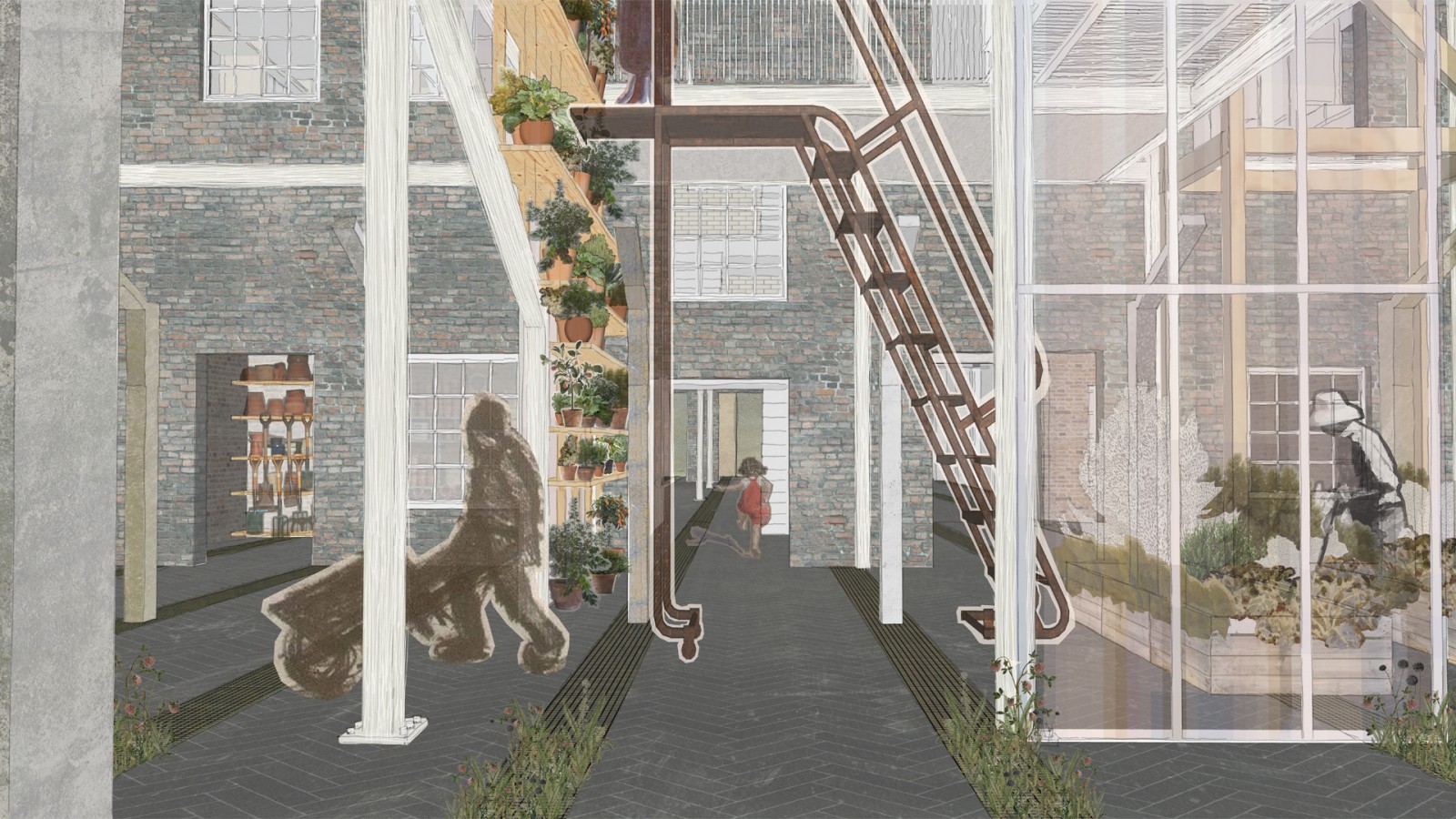 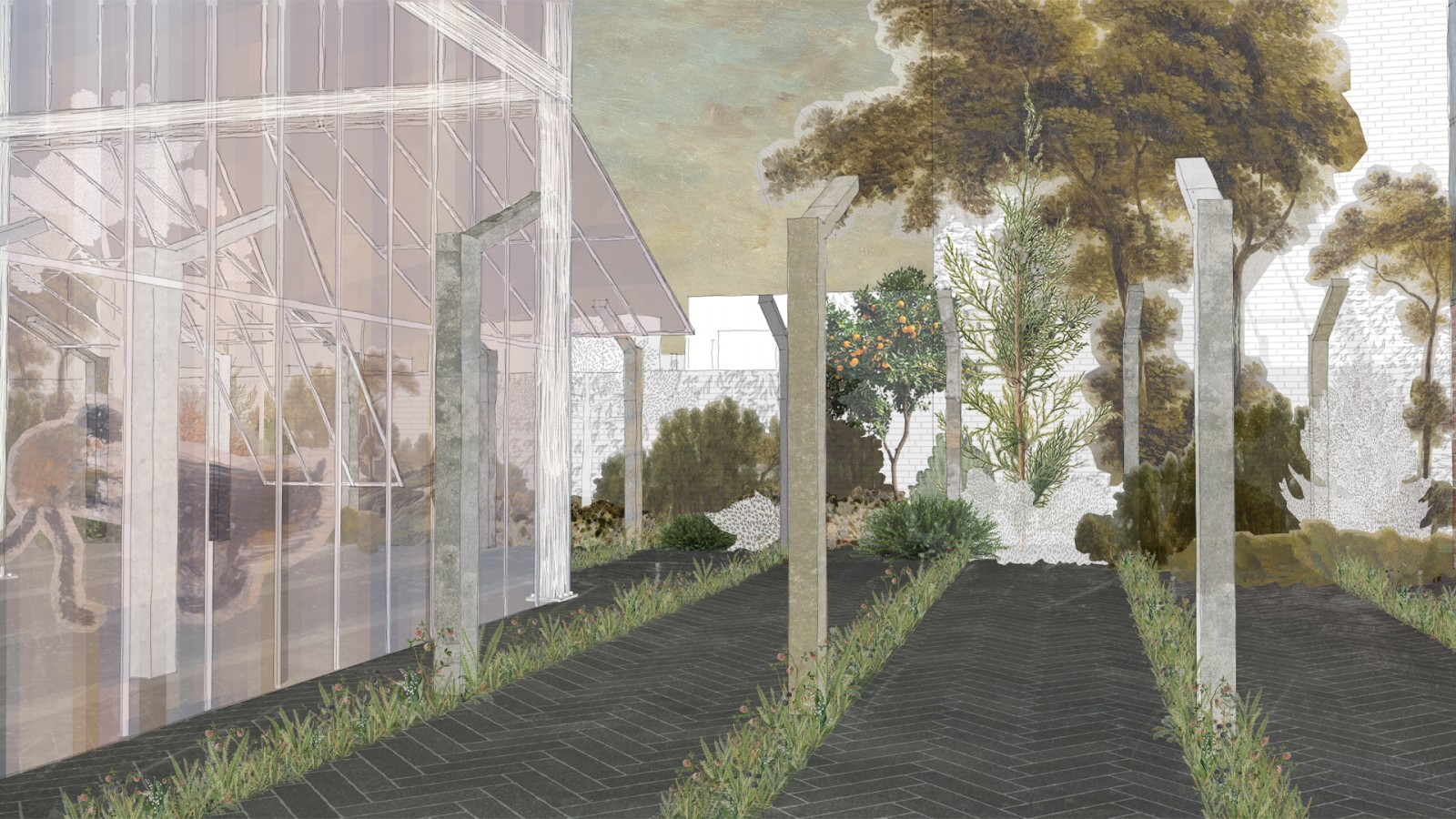 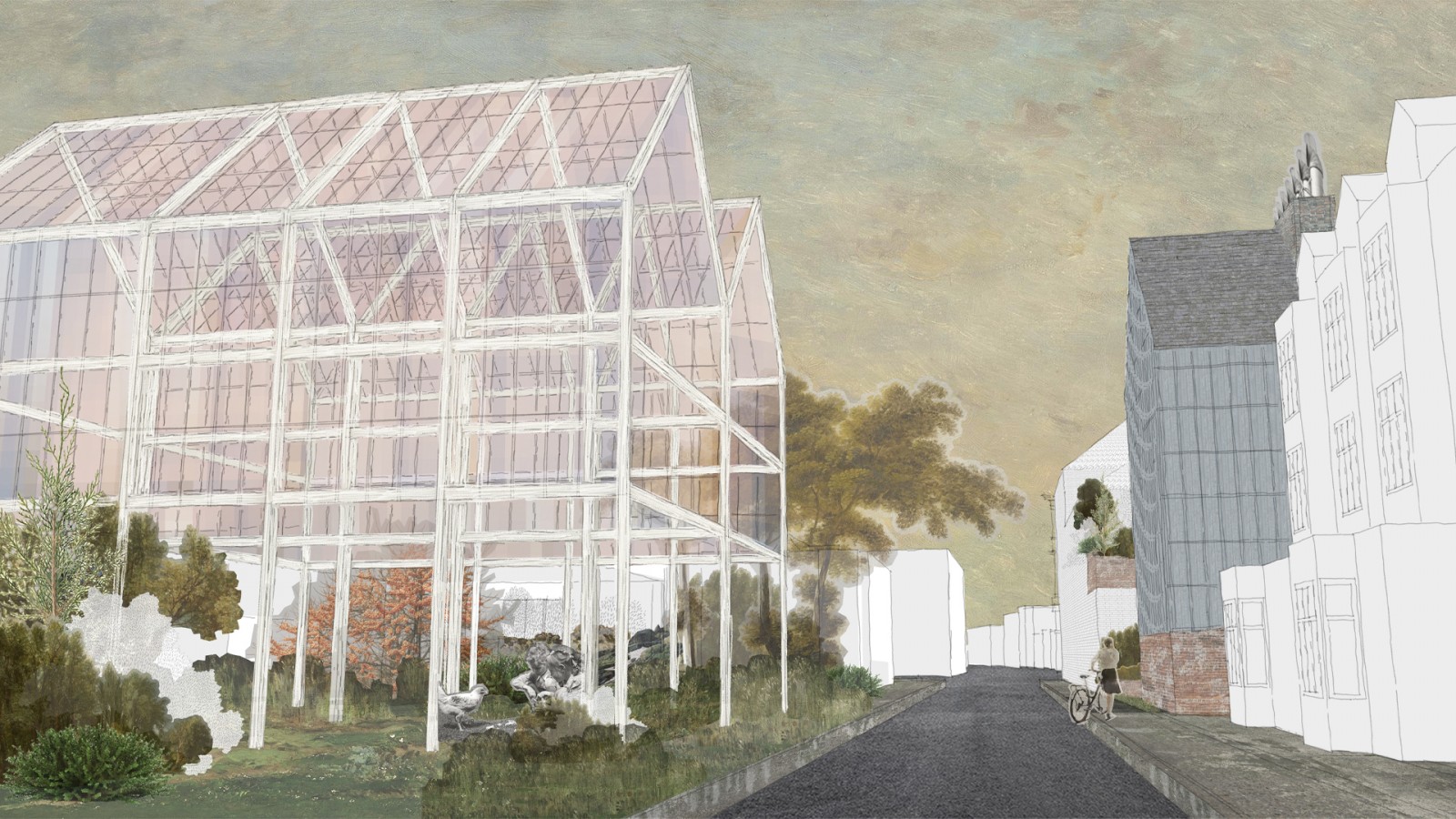 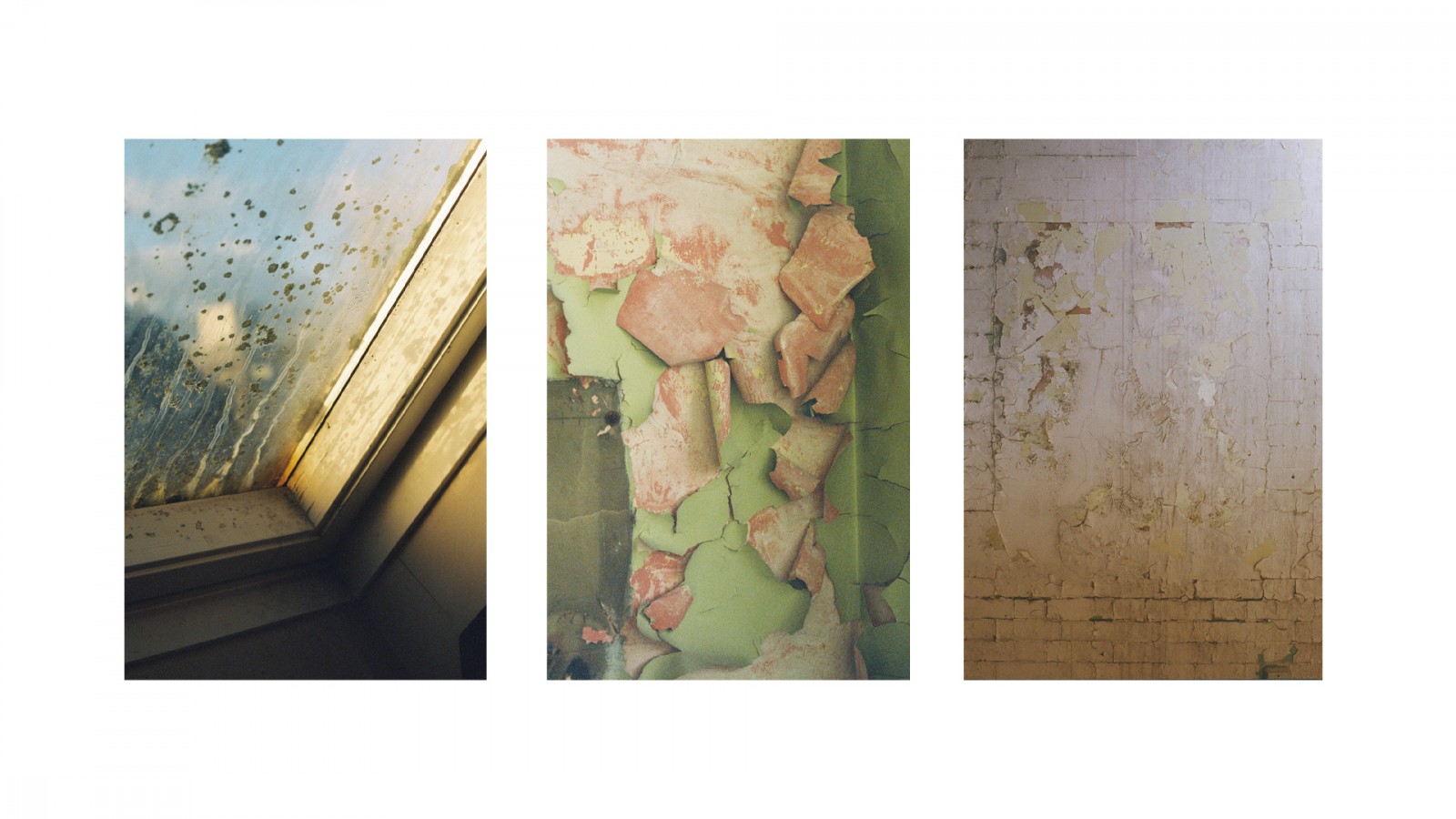 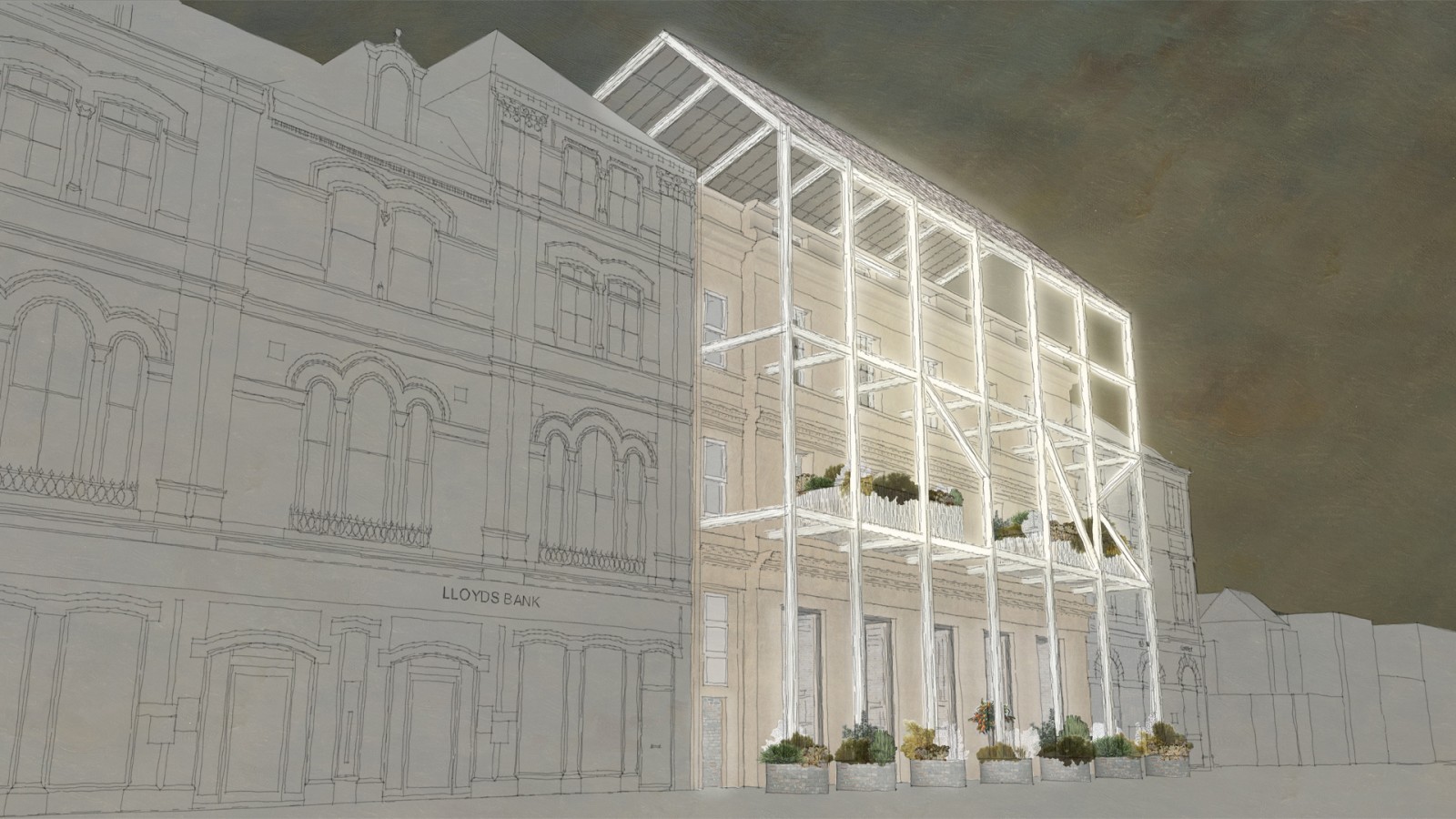 FOODBANK is centred around the food that we as a society consume; the often overlooked supply chains of produce, the community that is formed through the intergenerational sharing of meals and recipes, and the potential for food waste to be repurposed in the context of the everyday. FOODBANK aims to start a conversation about food waste, building decay, and obsolescence in the context of the built environment.

The initial observation was that the building, in its state of decay, was permeated with small instances of chaotic beauty. The beauty came from the embodied entropic energy that permeated the materials on their descent into disorder and was further aided by the atmospheric conditions of the Suffolk coastal environment.

Entropic energy is conventionally suppressed within the built environment as it calls into question the robustness and reliability of materials. FOODBANKreverses this notion and attempts to spatialise the actions of restoration, preservation, and acceleration of these entropic moments in the site-specific context of the Grade II Heritage Listed Lowestoft Post Office. Lowestoft’s rich history of food production and agriculture influenced these actions as they took cues from the life cycle of organic matter, in particular the food we consume, by adopting methods of food preservation which facilitate or hinder the chaotic beauty.

The separate buildings of the site are brought together by a roofscape that typologically takes cues from the industrial architecture of Lowestoft and functionally embraces the atmospheric conditions of the Suffolk coastal environment to repurpose the entropic energy. At its foundation FOODBANK is a community centre that provides an environment where one can learn about recipes from different cultures, how to repurpose food waste, and how to cook and grow with the seasons. 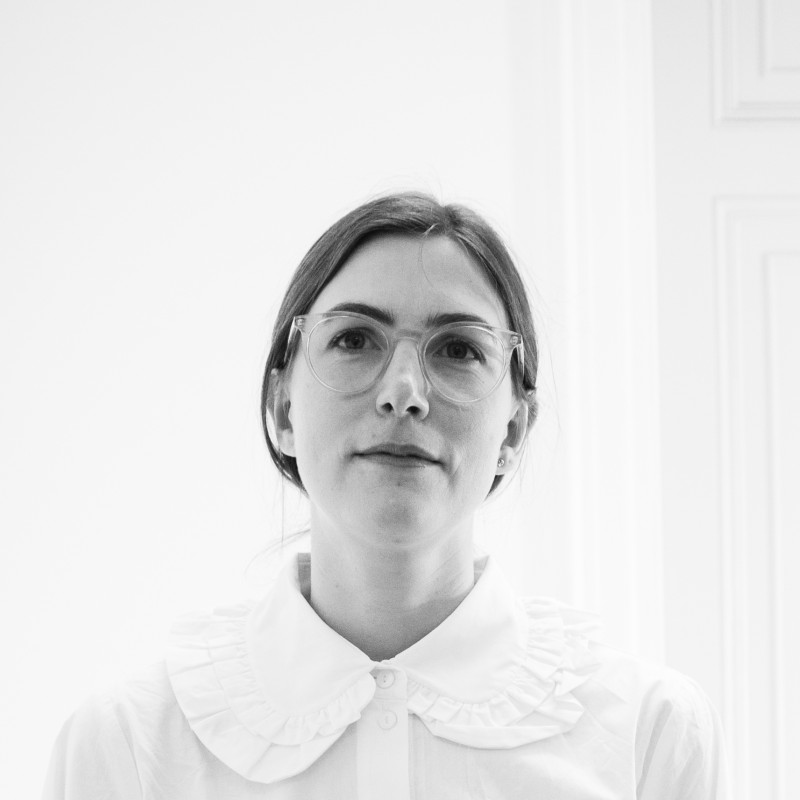 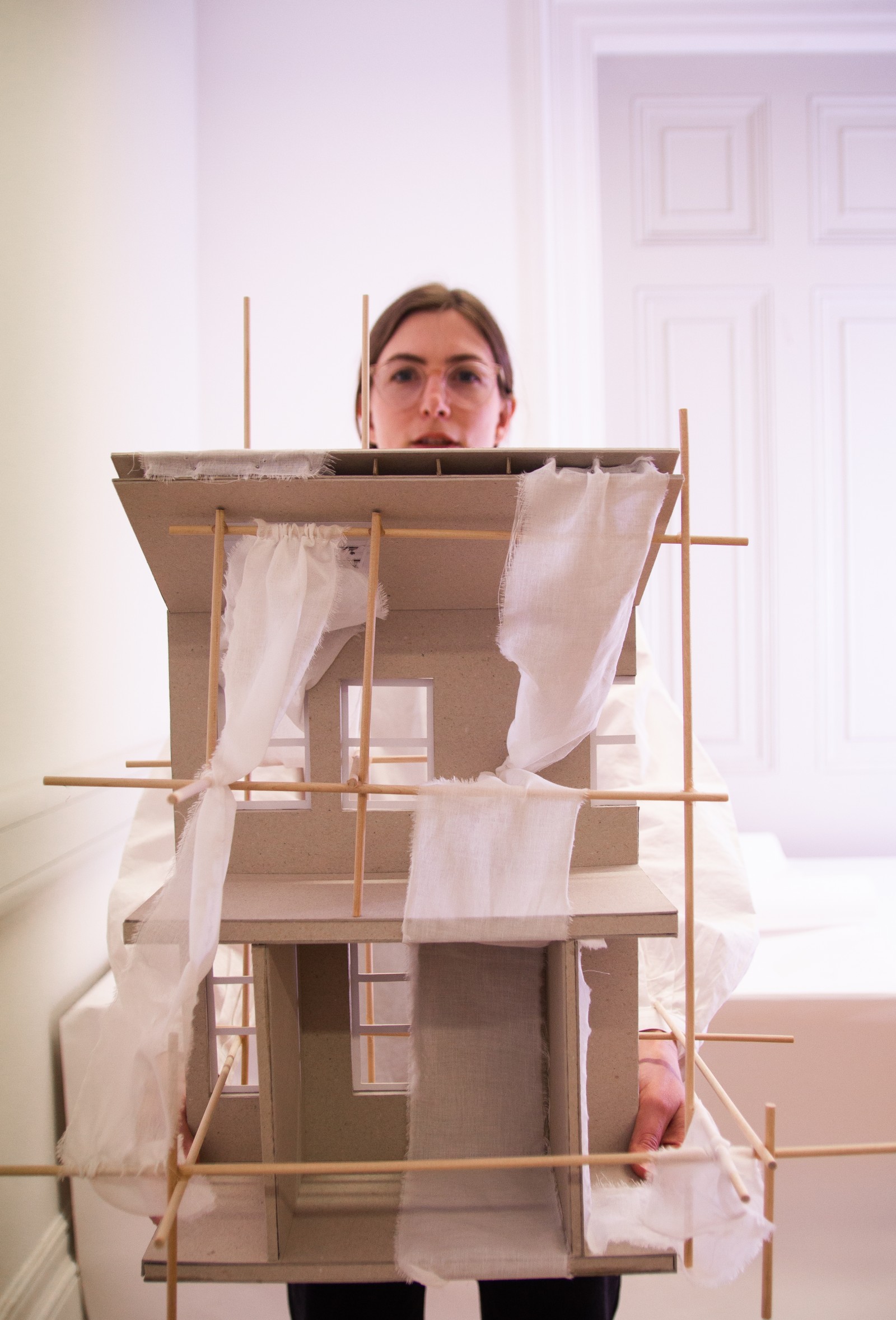