Writer Retreat on the sea

The German writer Uwe Johnson spent the last years of his life living on the isle of Sheppey. He left a small but highly influential body of work, incorporating translations and a series of his own novels. This project uses the church to house the archive, placing it at the centre of its operations, but bringing to life the collection through connecting it with a small public library, enticing the residents of the island to the church, and a residential retreat for four writers. The retreat provides a sheltered space, where contemplation, reflection and silence will nurture future literary figures.

The writer retreat reworks the existing building, utilising three main moves. The archive is placed on axis in the church, where the altar once stood, symbolising the buildings previous use as a place of worship. It acts as a ‘hinge’ metaphorically, linking the wing of the library, inserted in one aisle, and the retreat in the other. A central courtyard, filled with water, links and also separates all three elements. The water is representative of the island status of the site, and its connection to life. The public enter the space through an incised corner, one that reflects the scale of the adjacent Georgian terracing, and utilises the domestic symbolism in order to remind visitors of the neighbouring terrace, but also the home Johnson lived in on the island; 26 Marine Parade. This entrance provides a public route through the space, past the library and alongside the water and archive, out to the new rewilded landscape alongside the sea-side of the church. 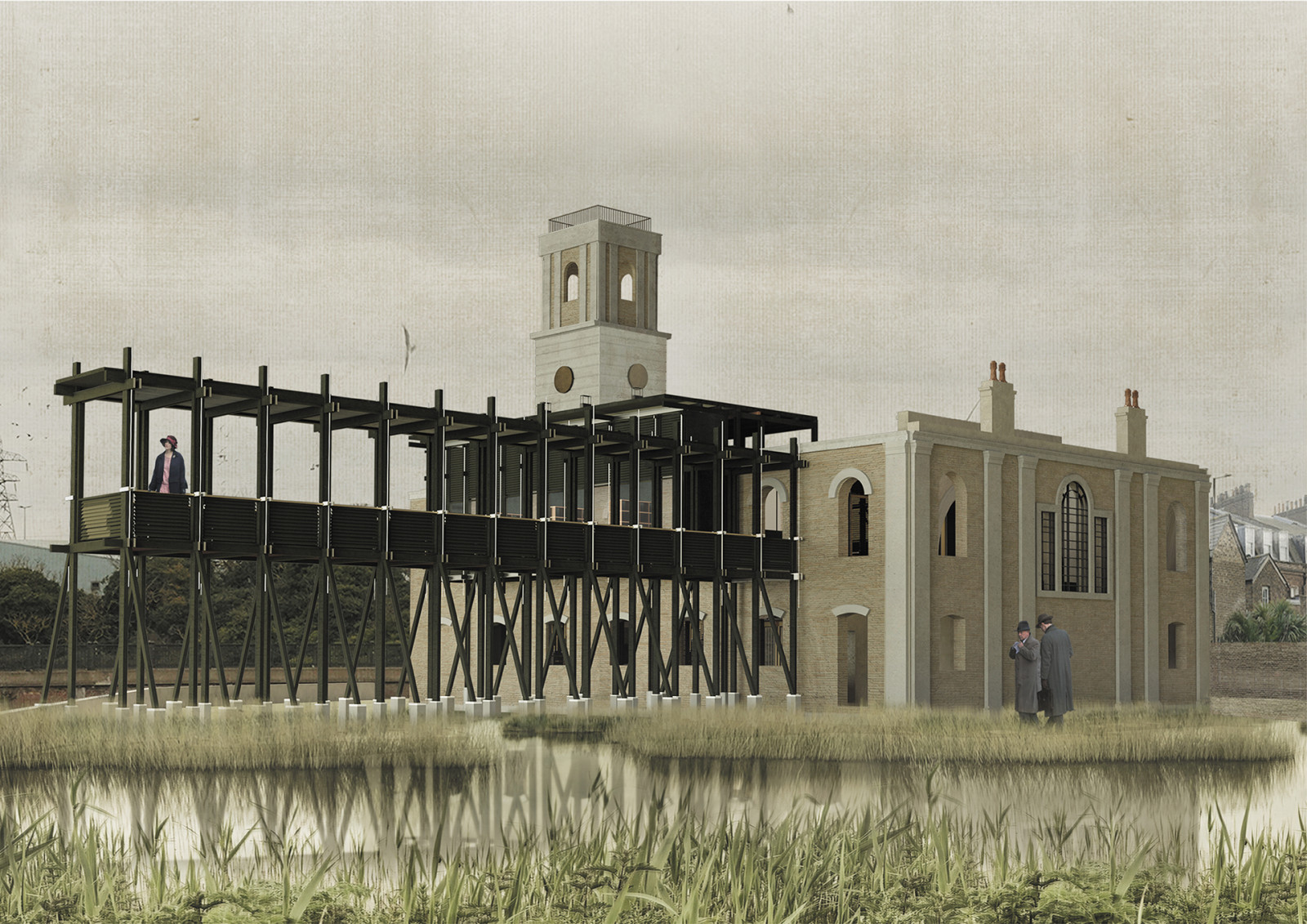 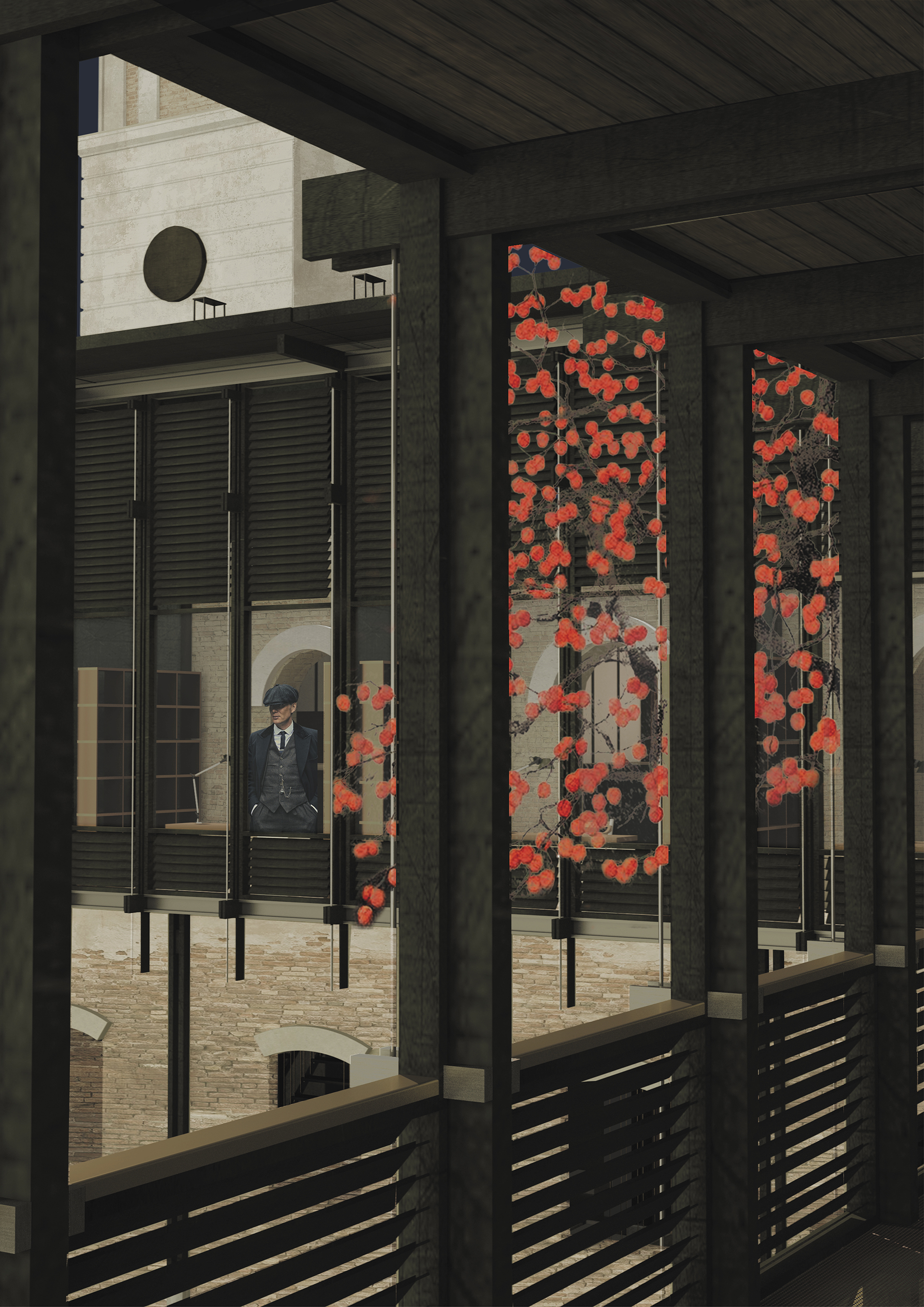 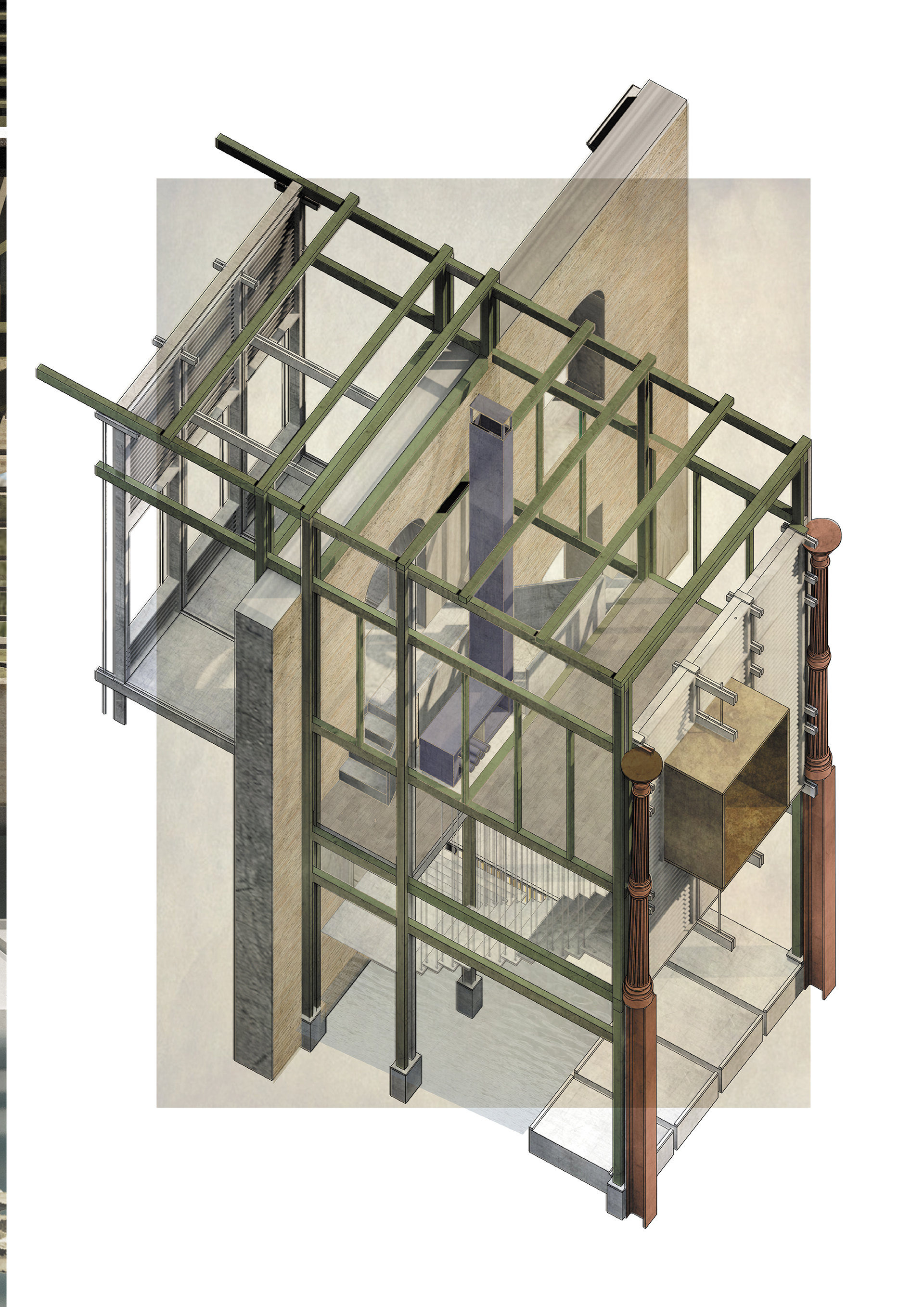 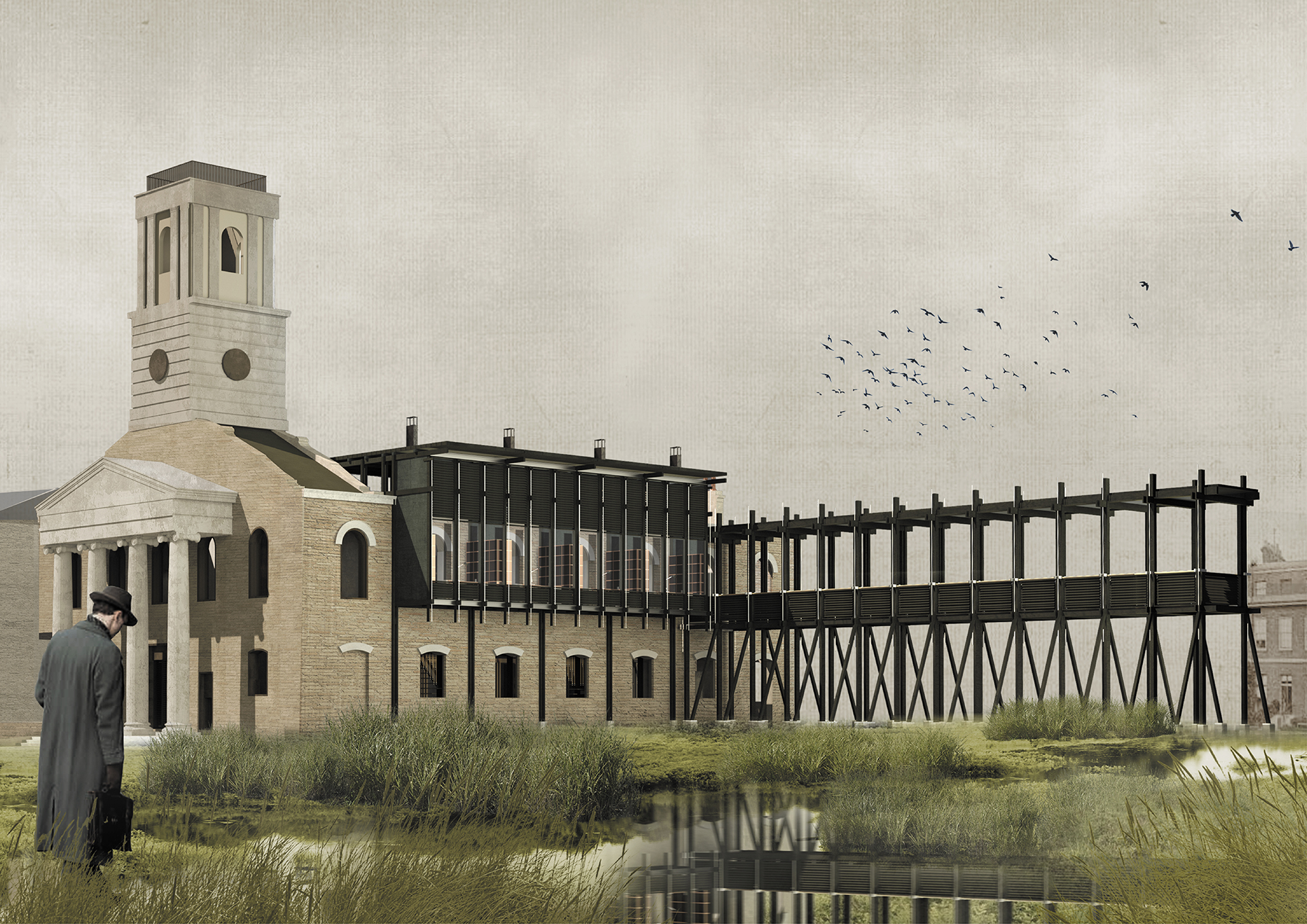 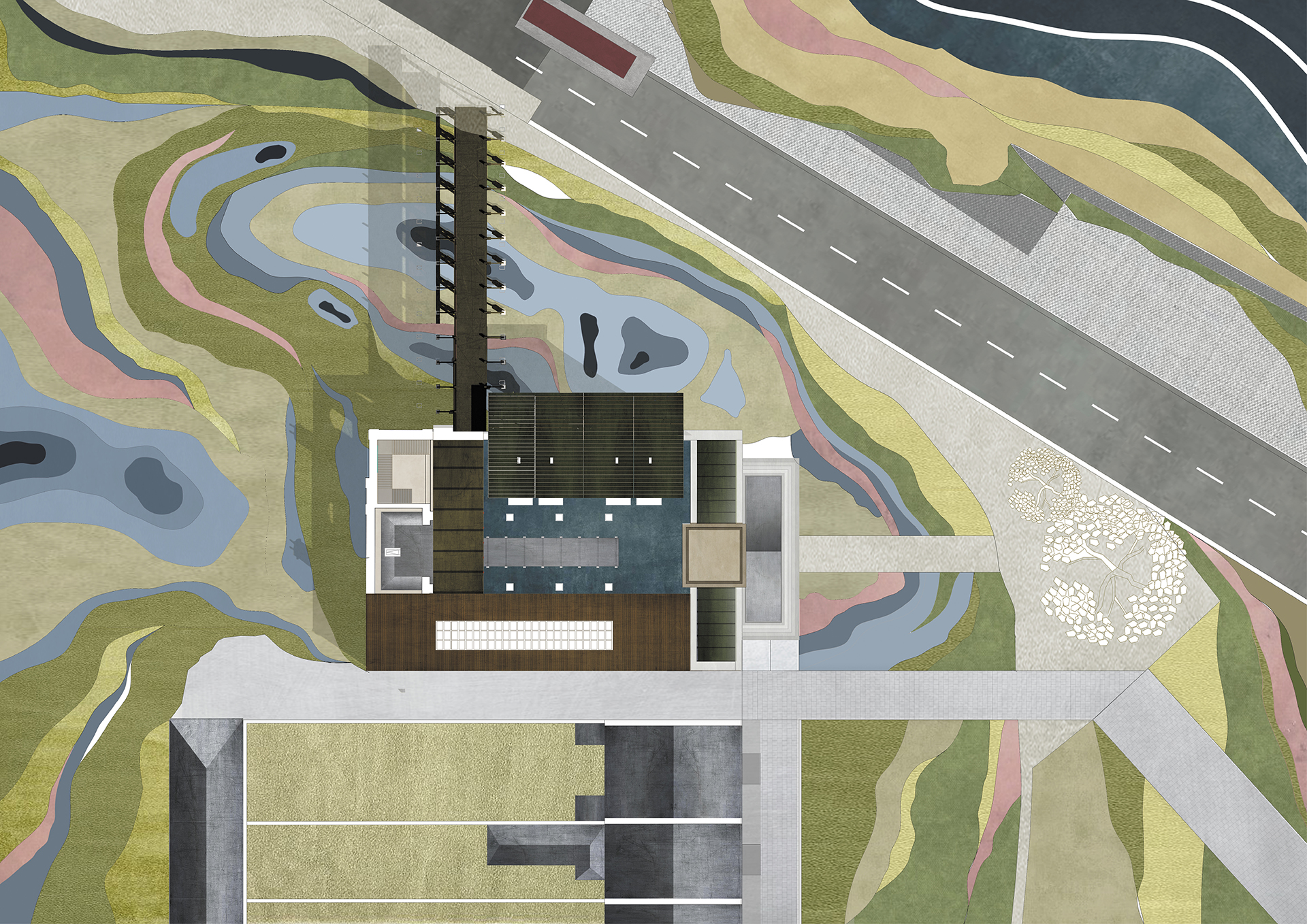 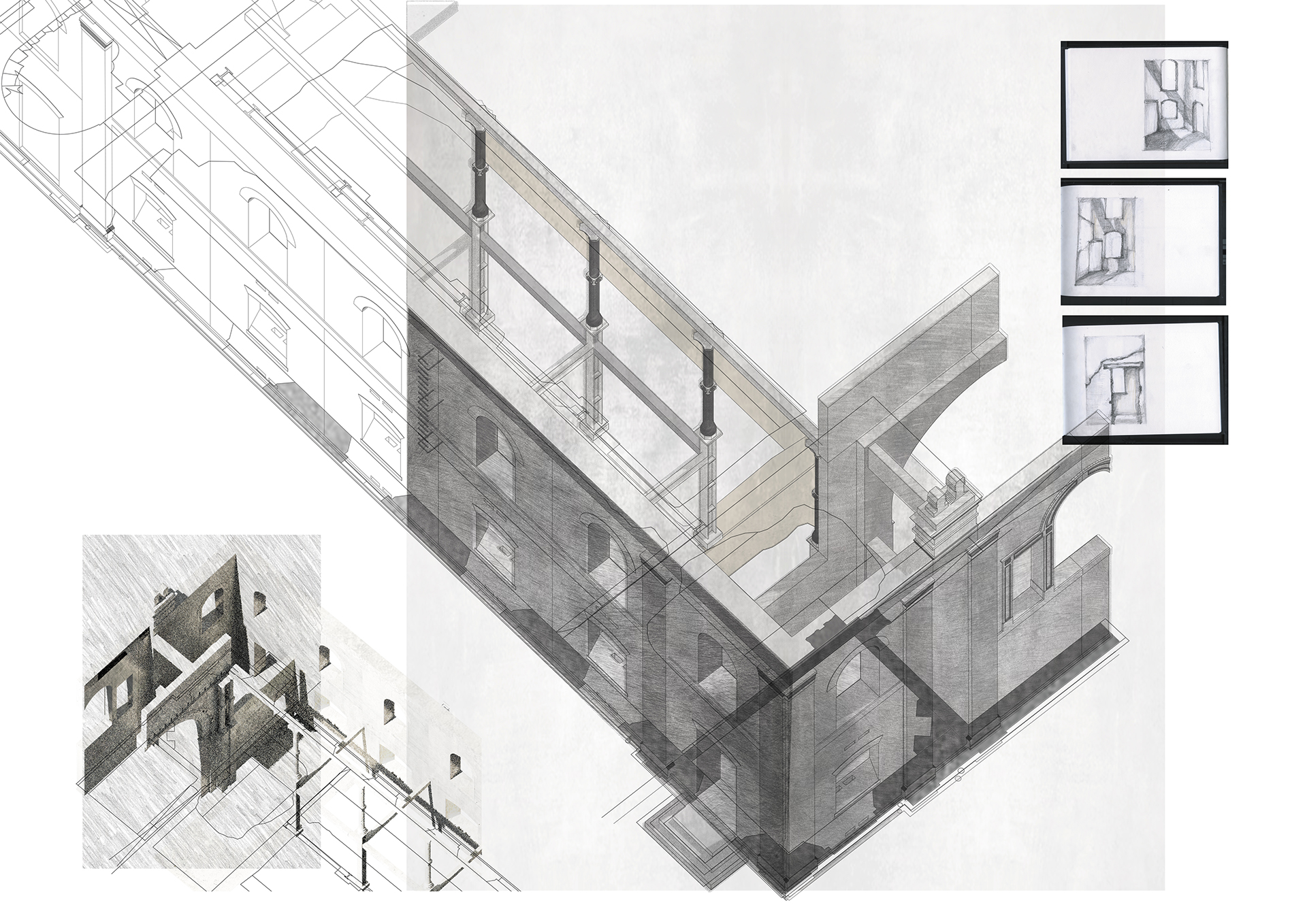 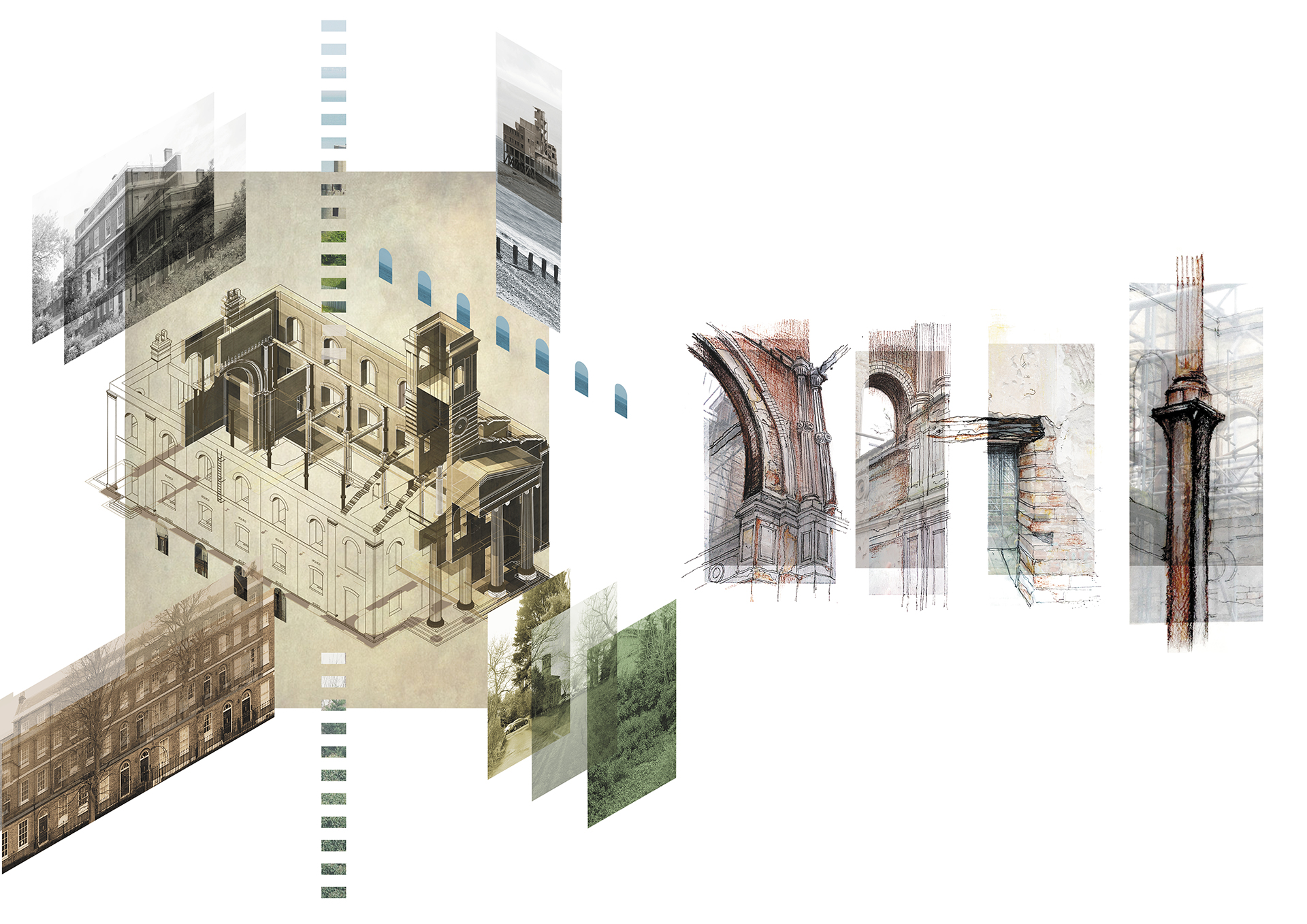 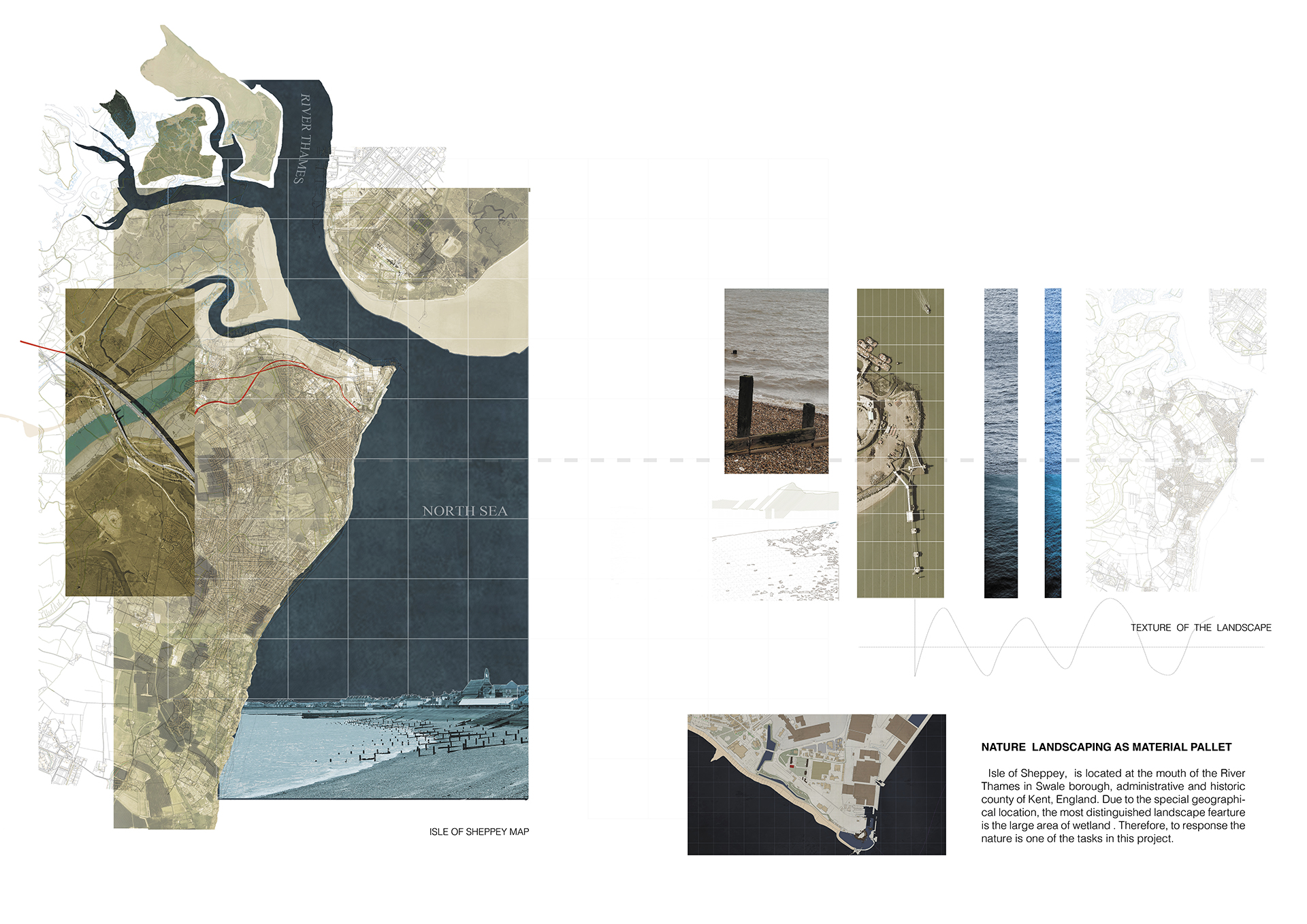 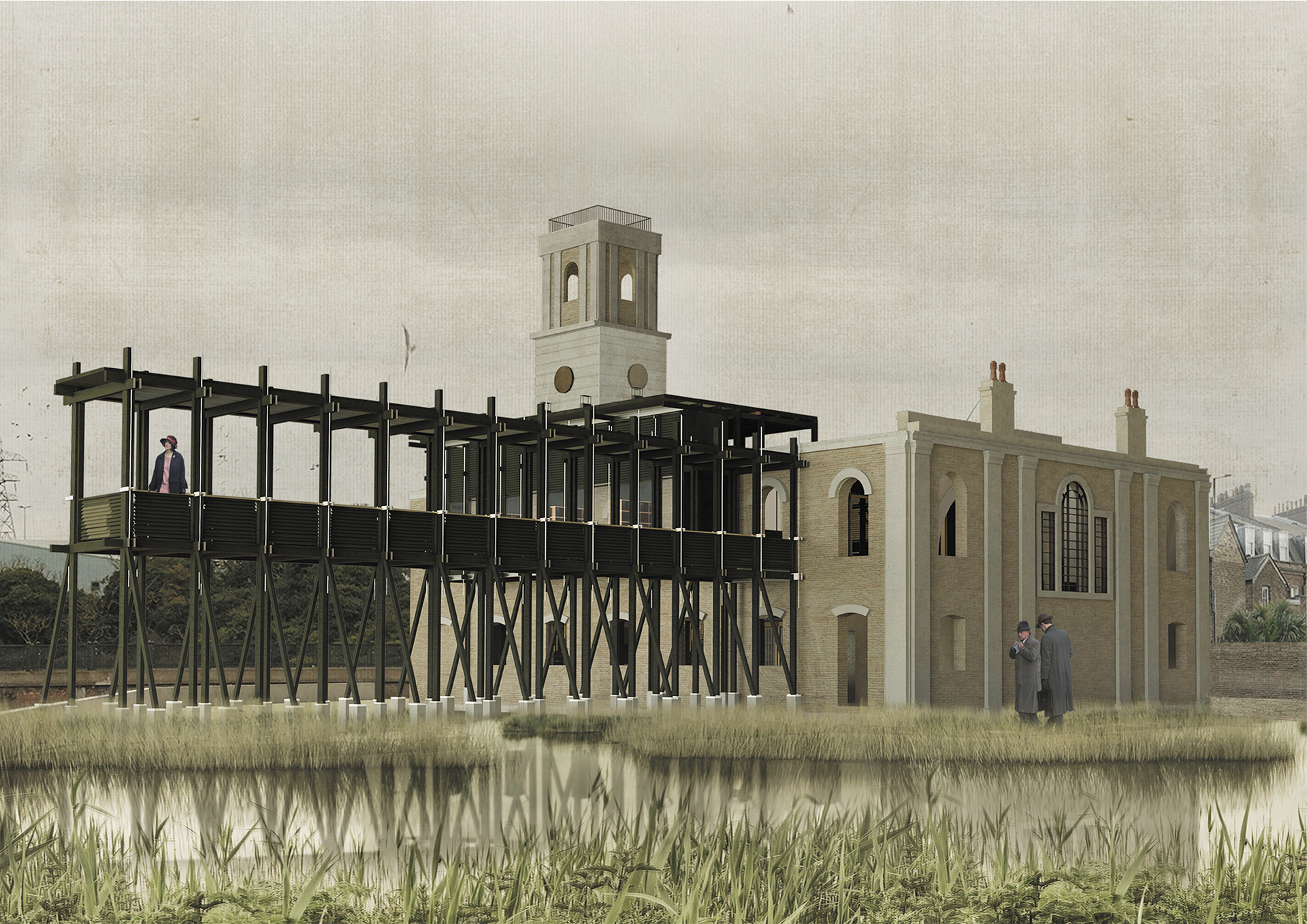 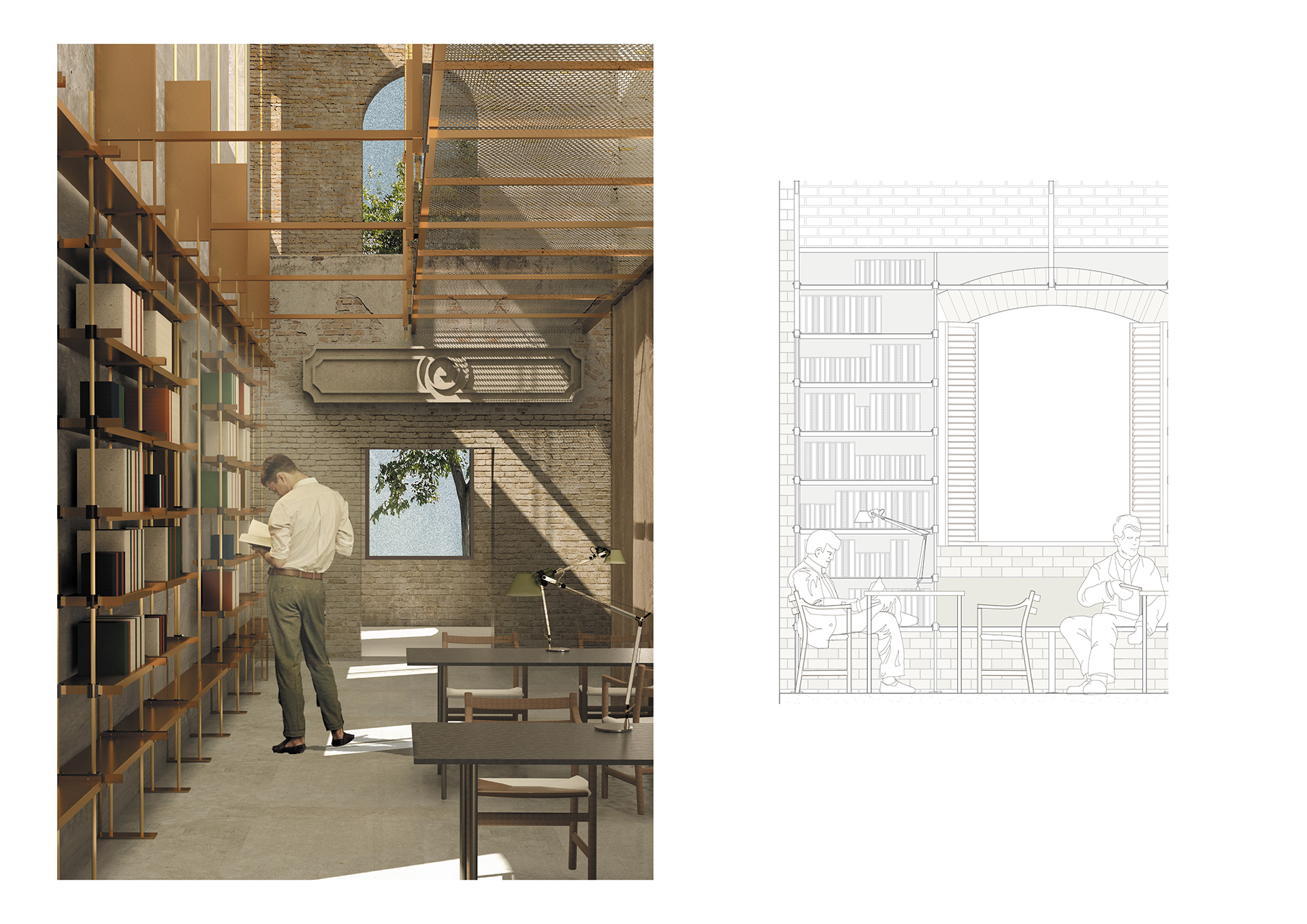 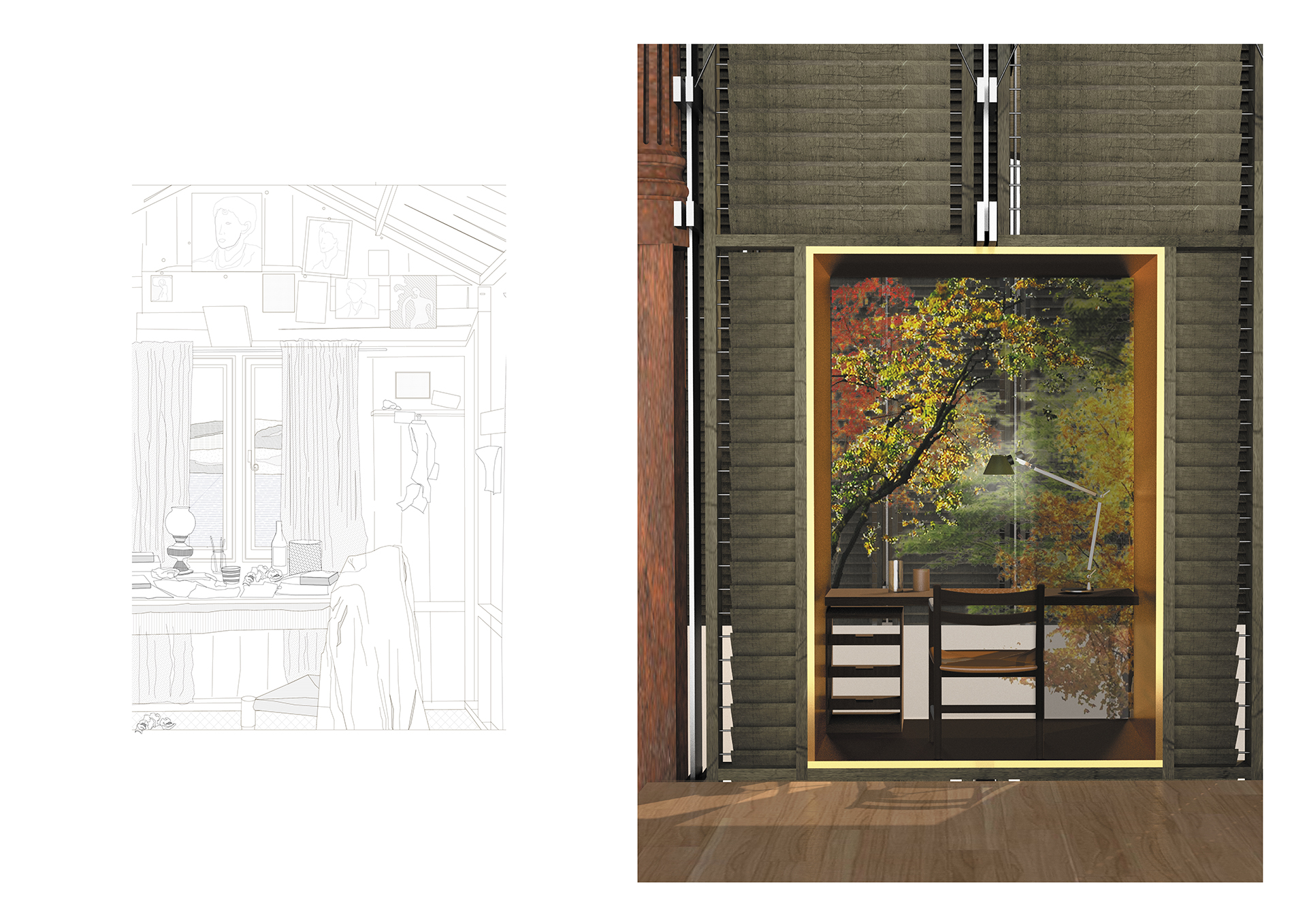 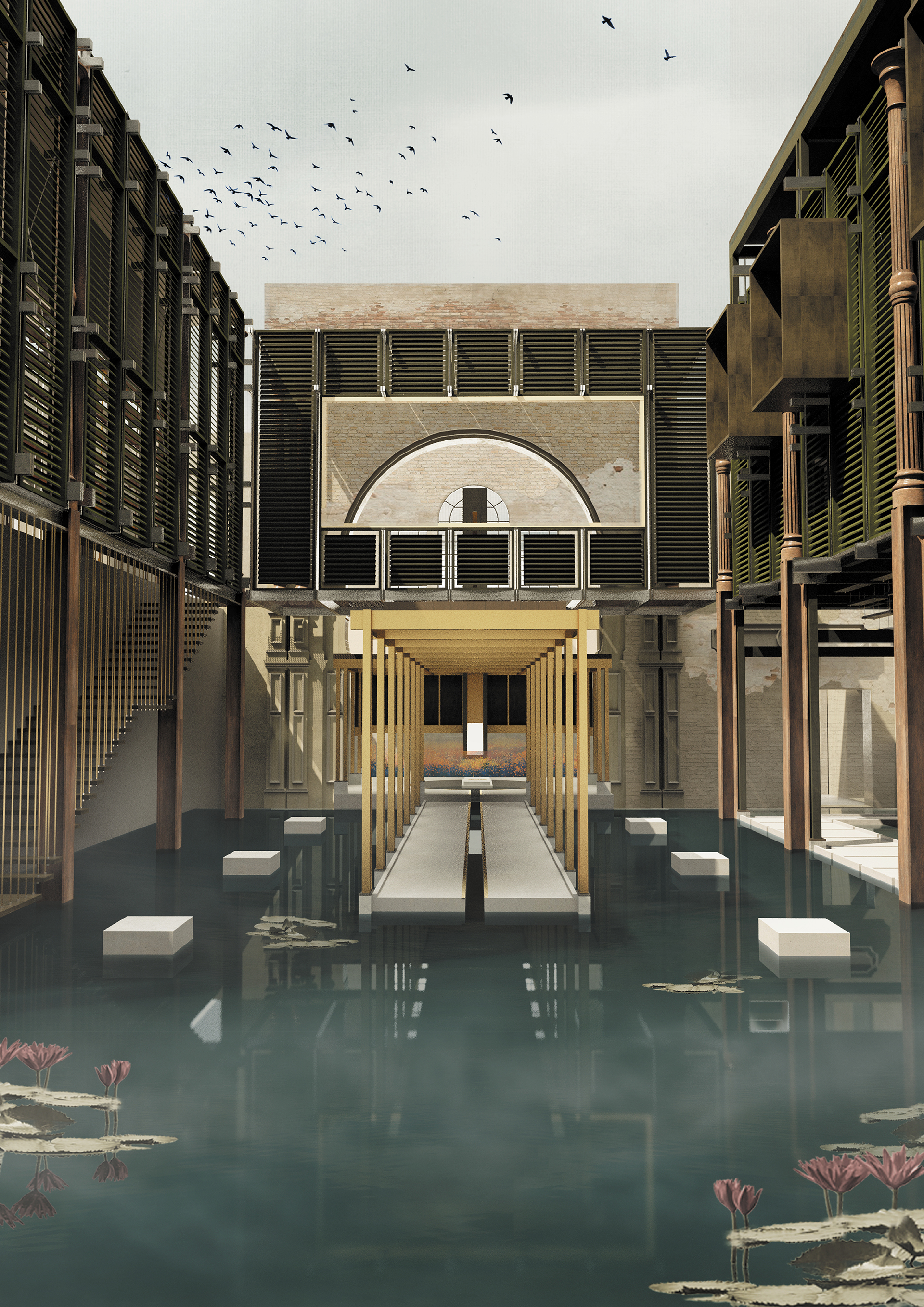 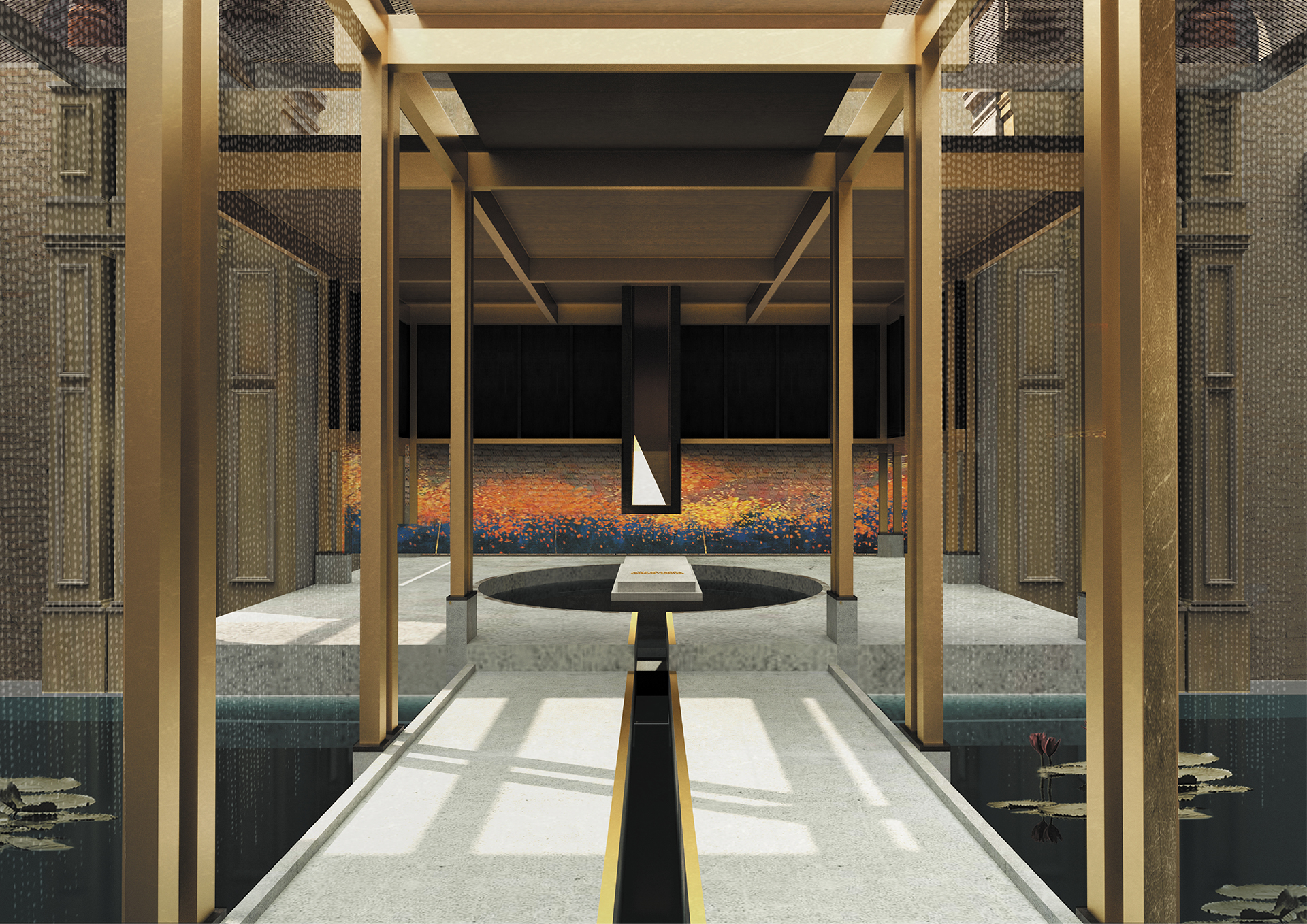 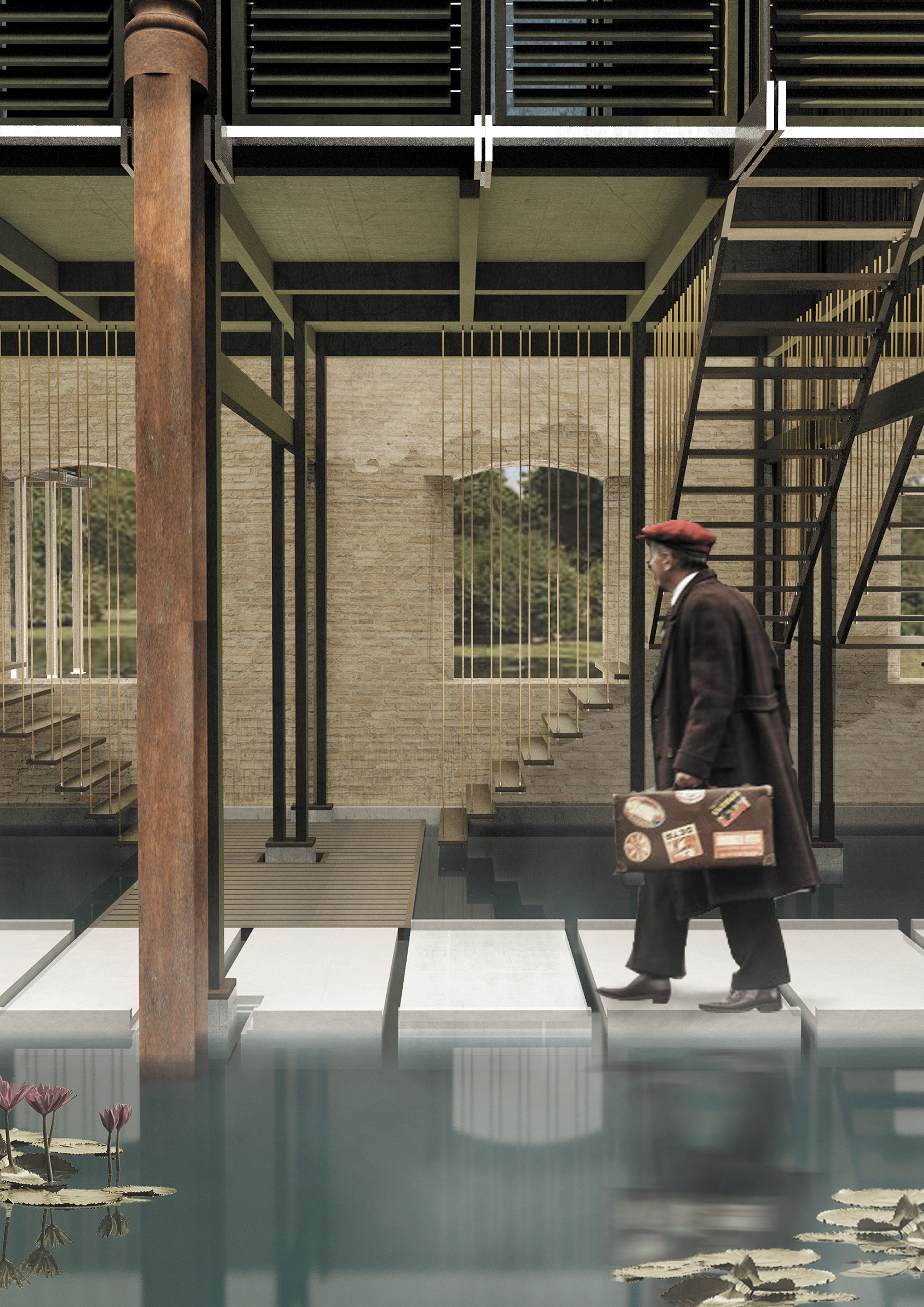 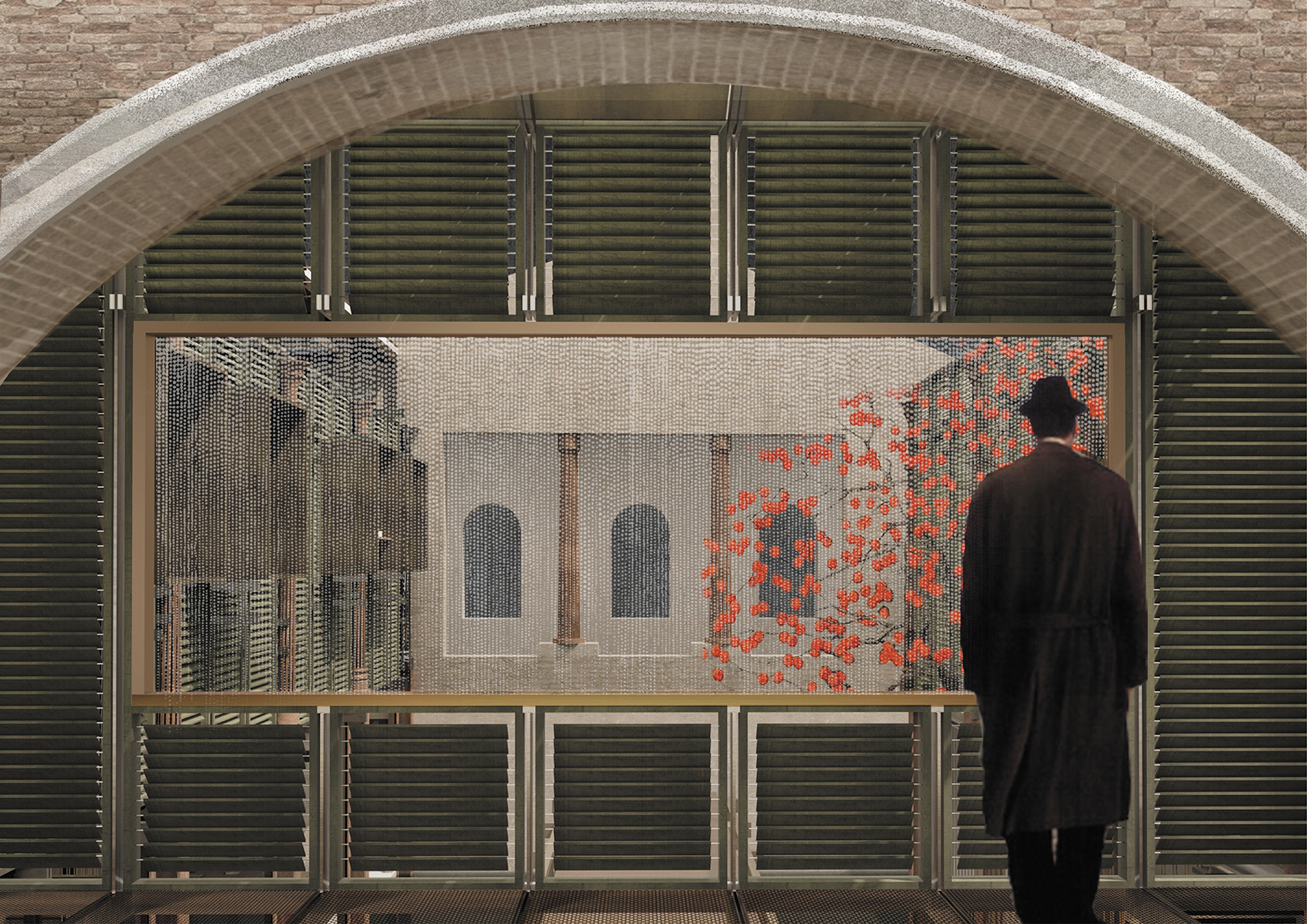