The dockyard church in Sheerness, Kent, had been ruined since 2001, enduring a series of fires that rendered it redundant and structurally unstable. For almost two decades the building was in a perilous condition, shored up with a mixture of temporary scaffold and the remnants of its original structural system. I interpreted the relationship of the existing building and the scaffolding structure as a harmonious relationship, with the old and the new supporting each other; in effect the layers of time had been woven together to form a new narrative in the life of the building. Based on the word ‘intersection’ the connections where the old and the new coexist interdependently, I initiated my project: to rework the building to once again become an intrinsic part of the island community.

To reinforce this connection, the church will become a makerspace. A place where various professions, local to Sheppey, will work alongside each other in order to promote the local economy. Boat yards that build and repair traditional boats as commemoration of what the dockyard had existed for, are placed alongside new makers; connecting to the old, in new workshops and studios. The new programme connects the local economy whilst commemorating the history of the royal dockyard.

The makerspace is a flexible place that grows and shrinks in relation to the needs of the local economy. This is emphasised in two ways. The makerspace is organised as a mini-port; full of containers that hold studios and workshops. Secondly a huge-gantry crane redeploys the shipping containers, as and when they are needed. Its steel structure reinforces and restructures the existing building.

Like a new port, Makerspace will breathe new life into the church, and the economy of the island community through manufacture and construction. 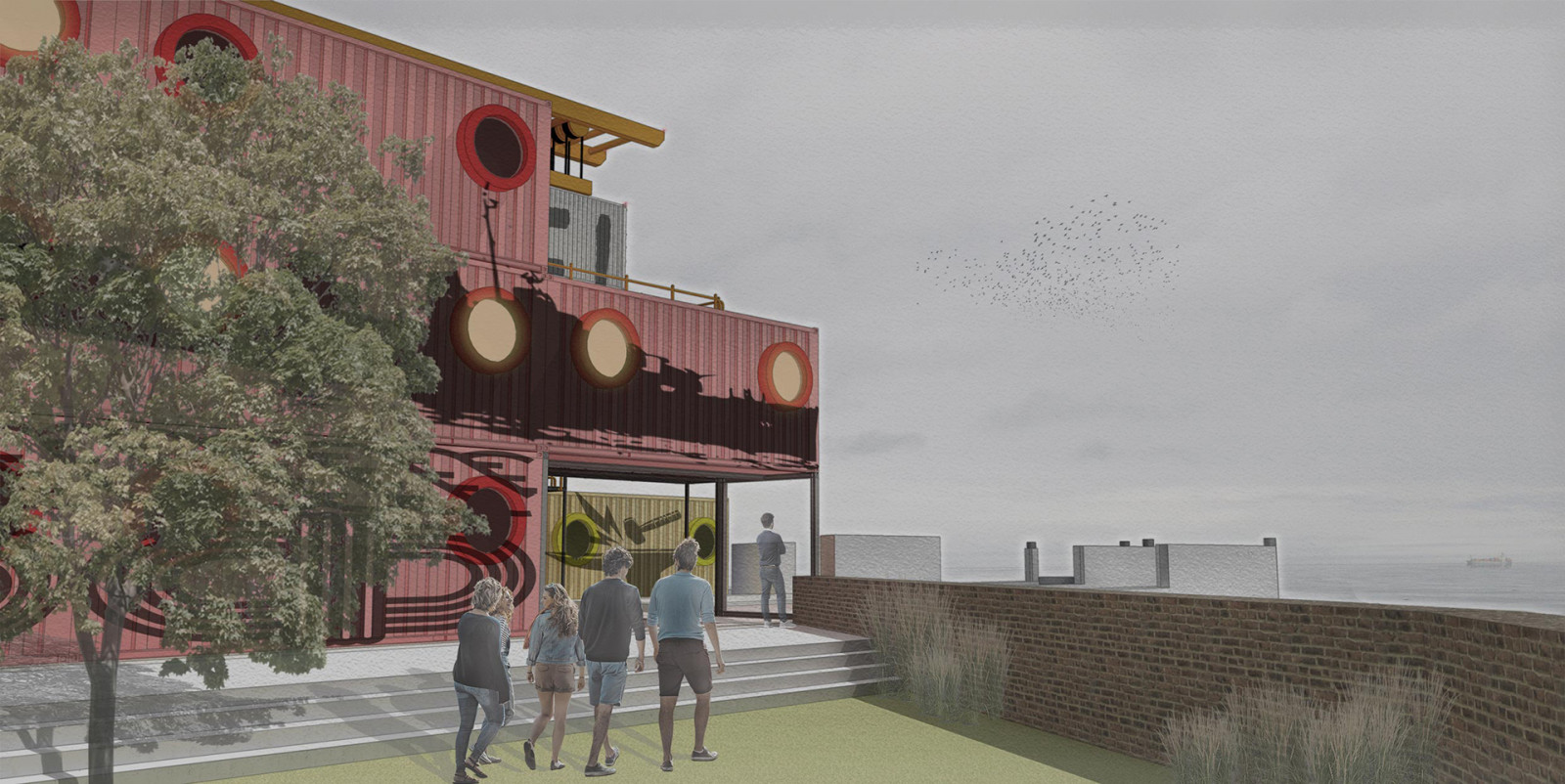 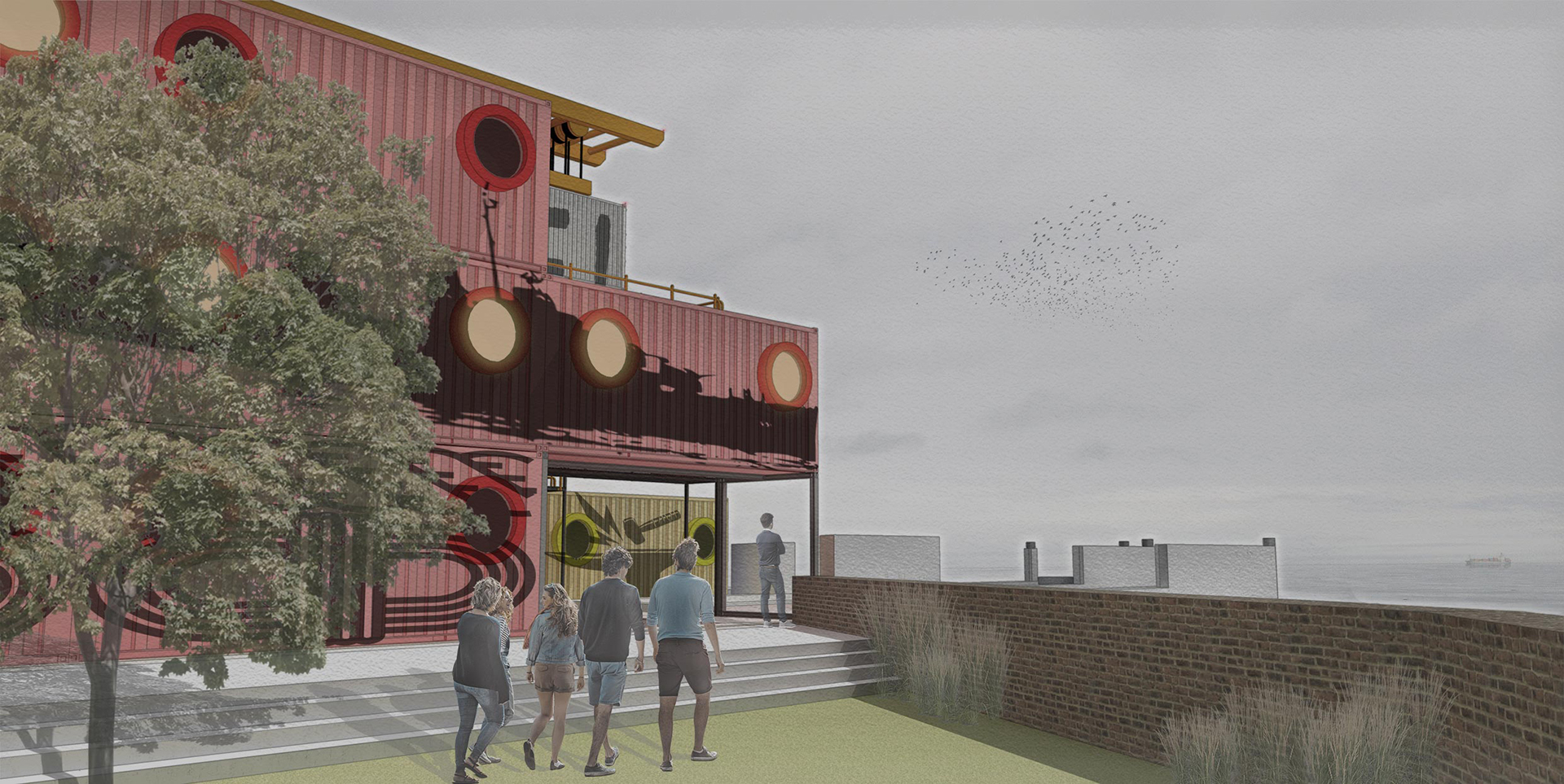 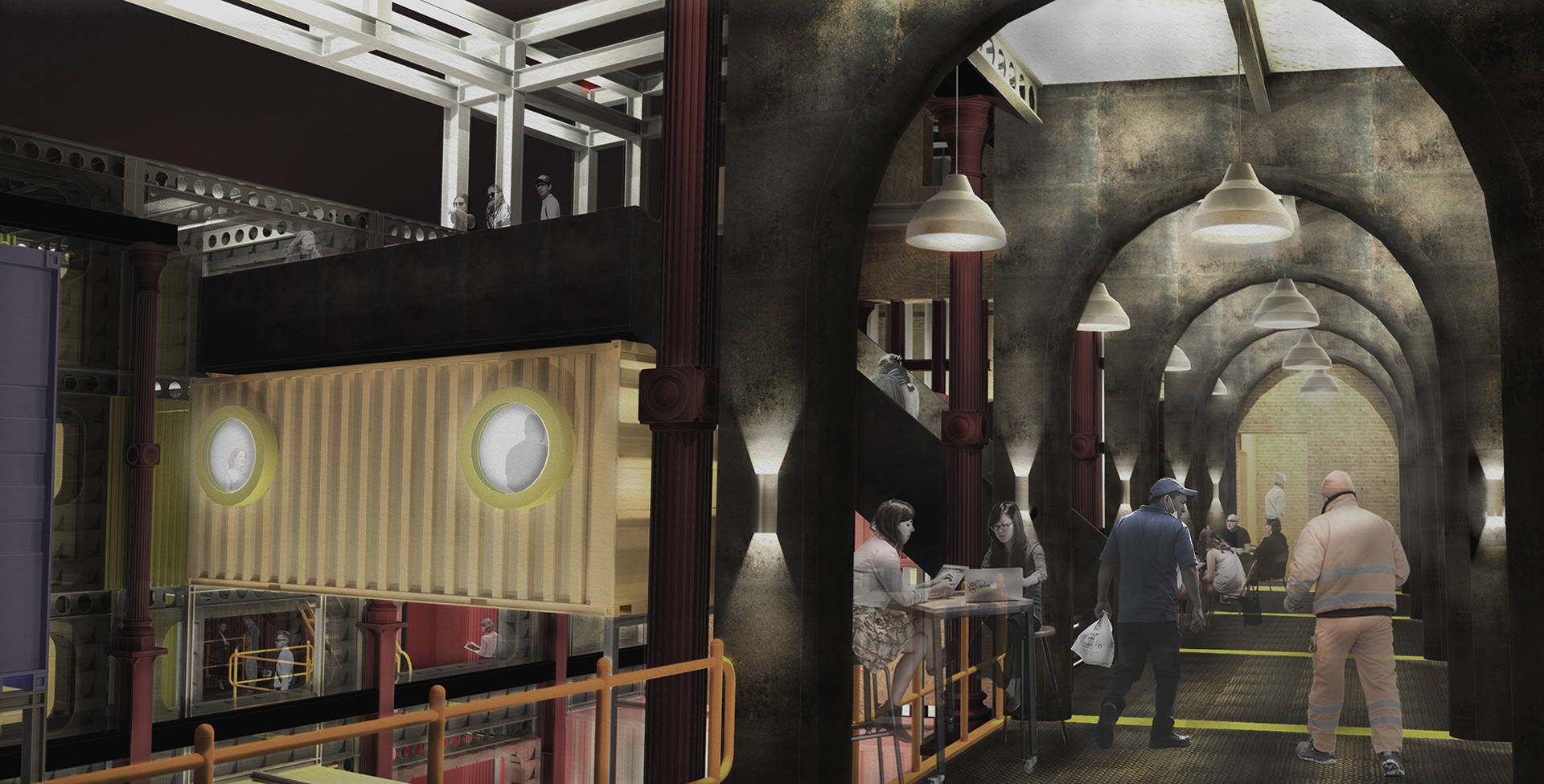 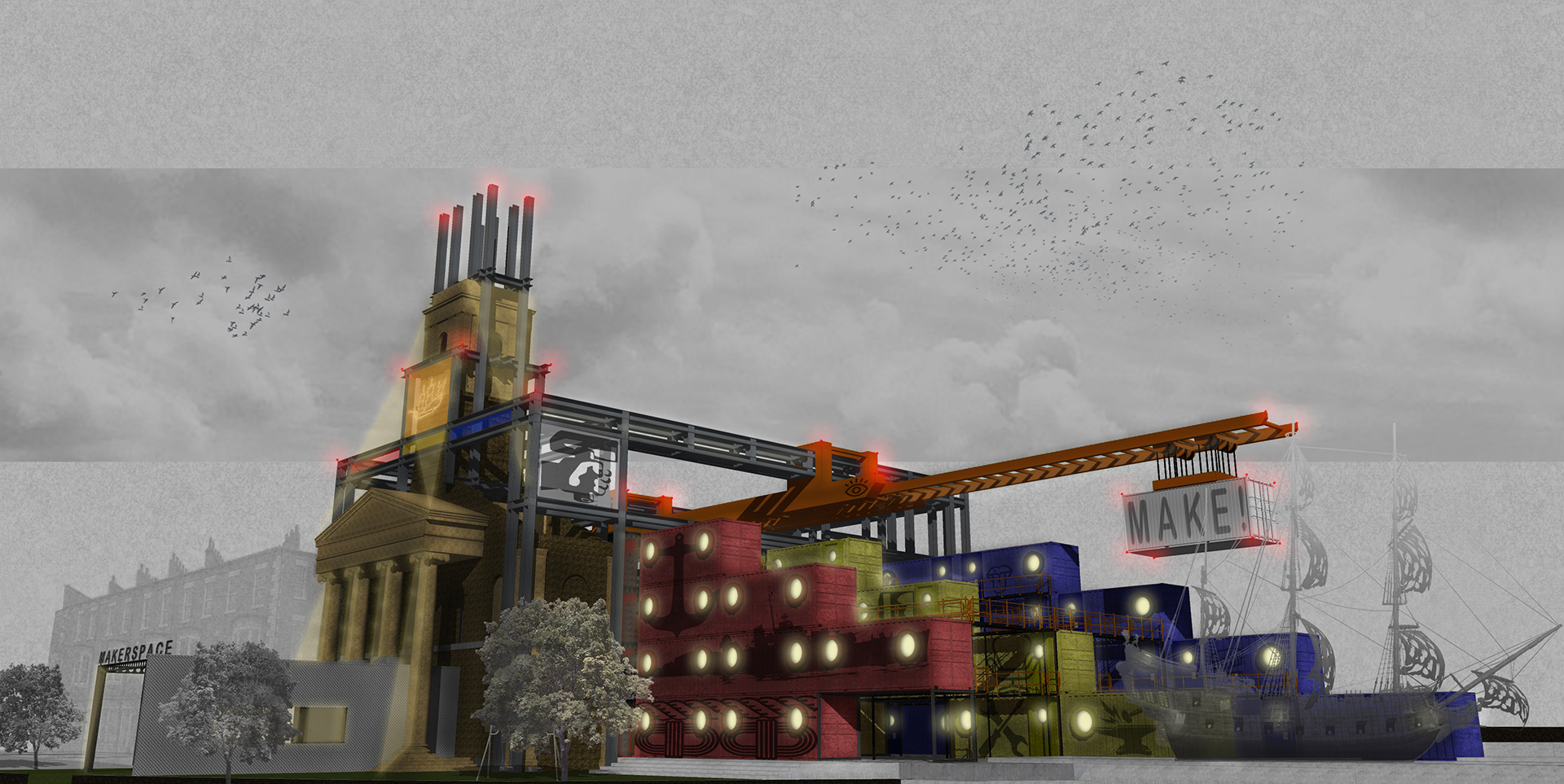 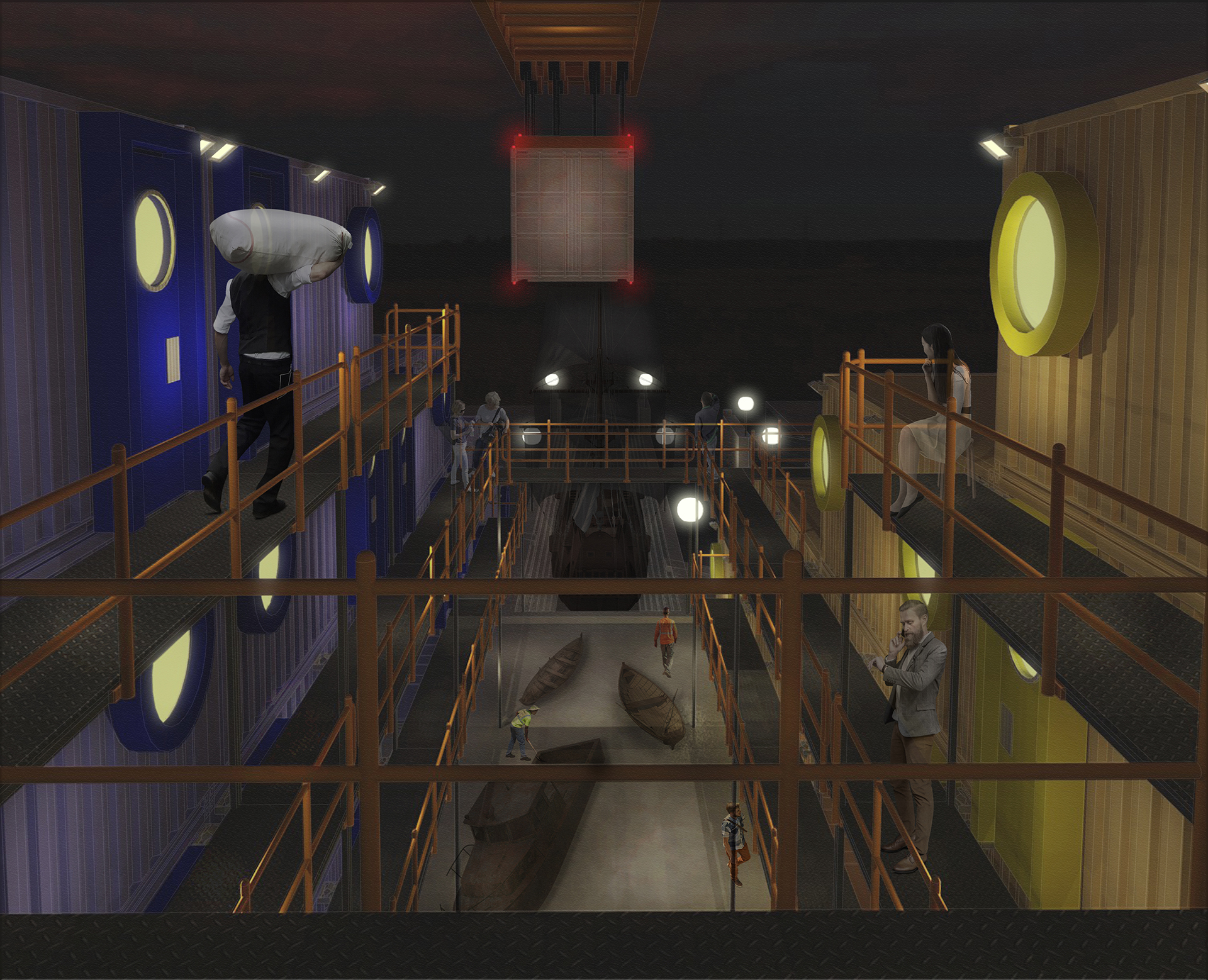 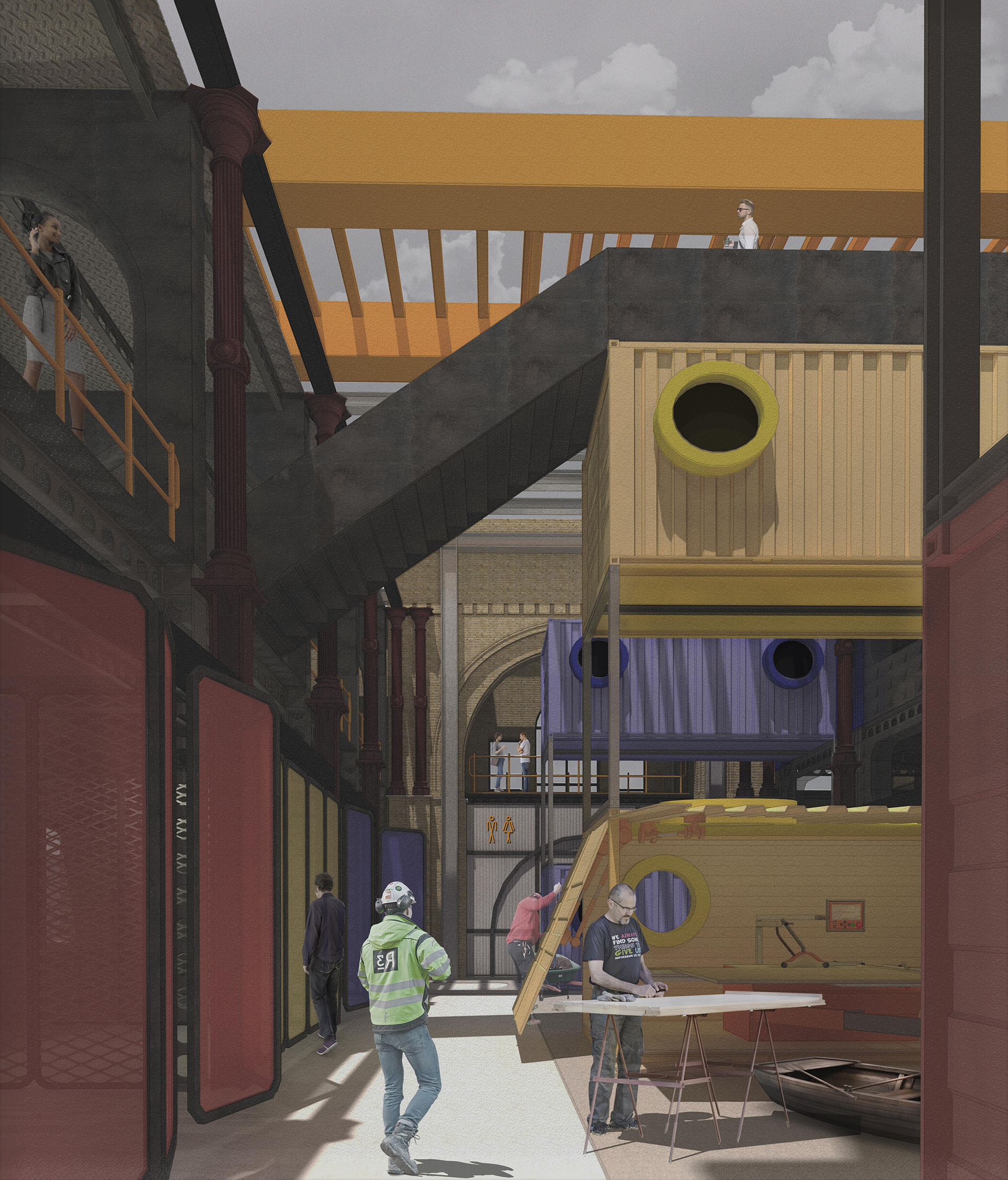 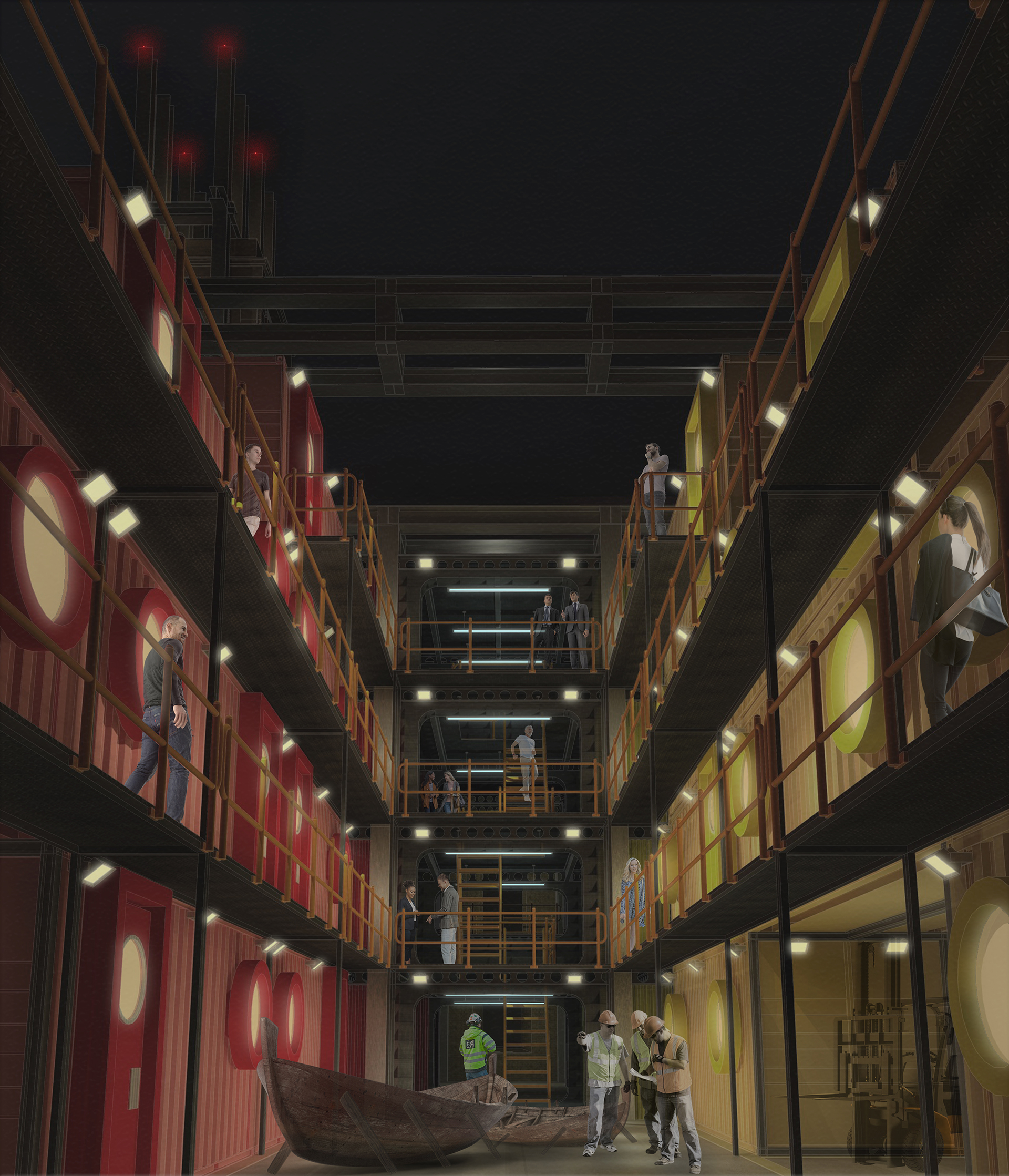 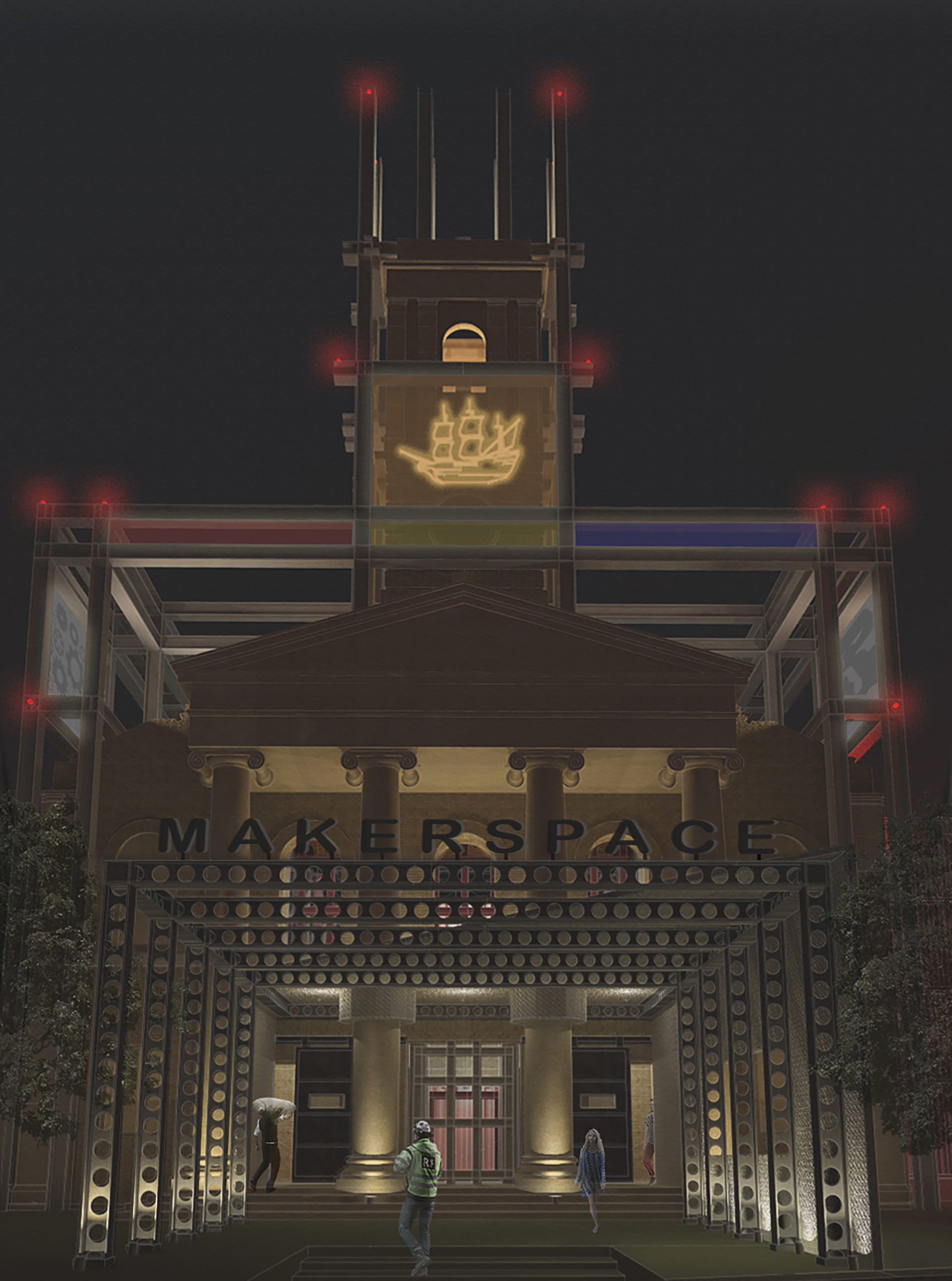 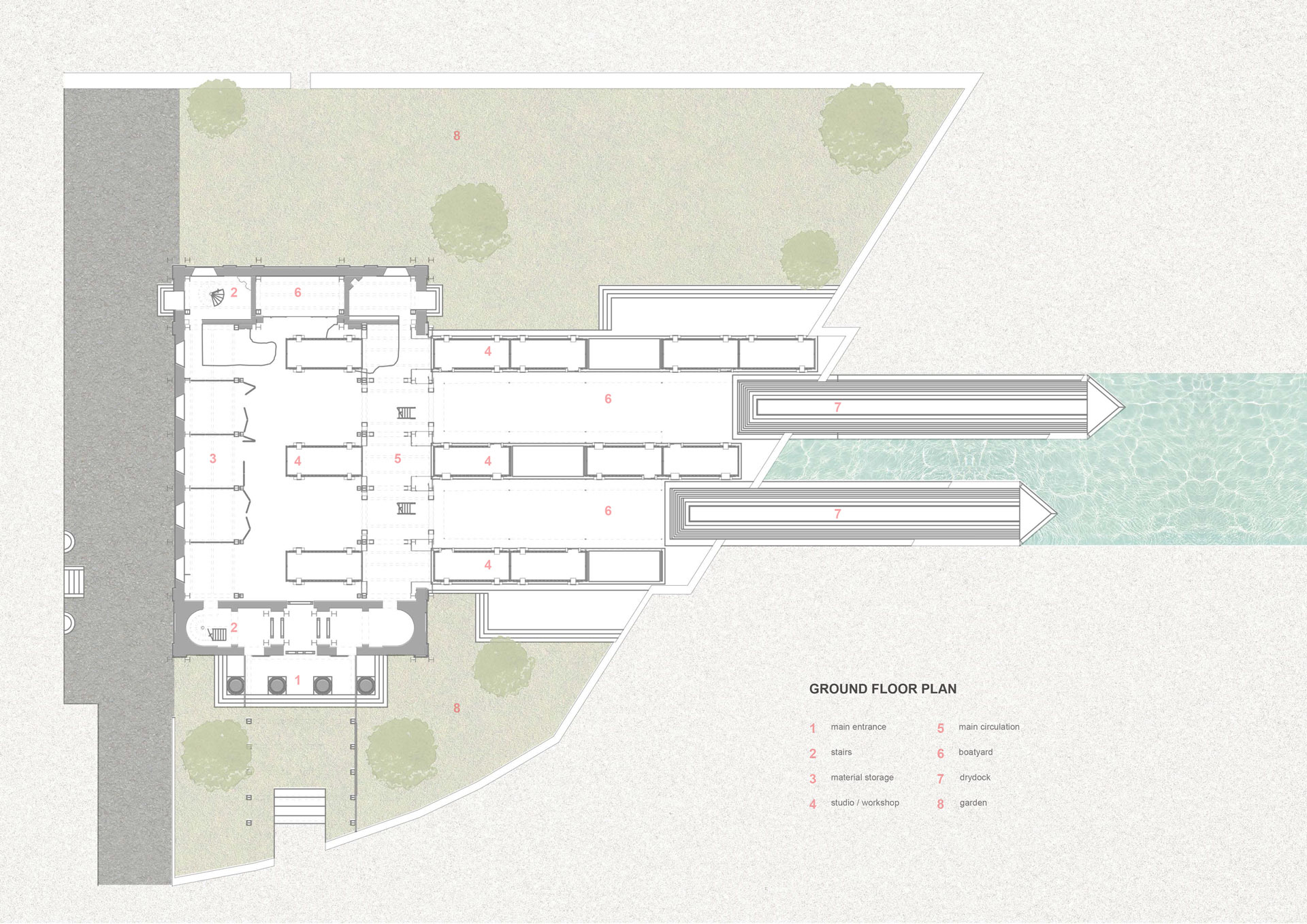 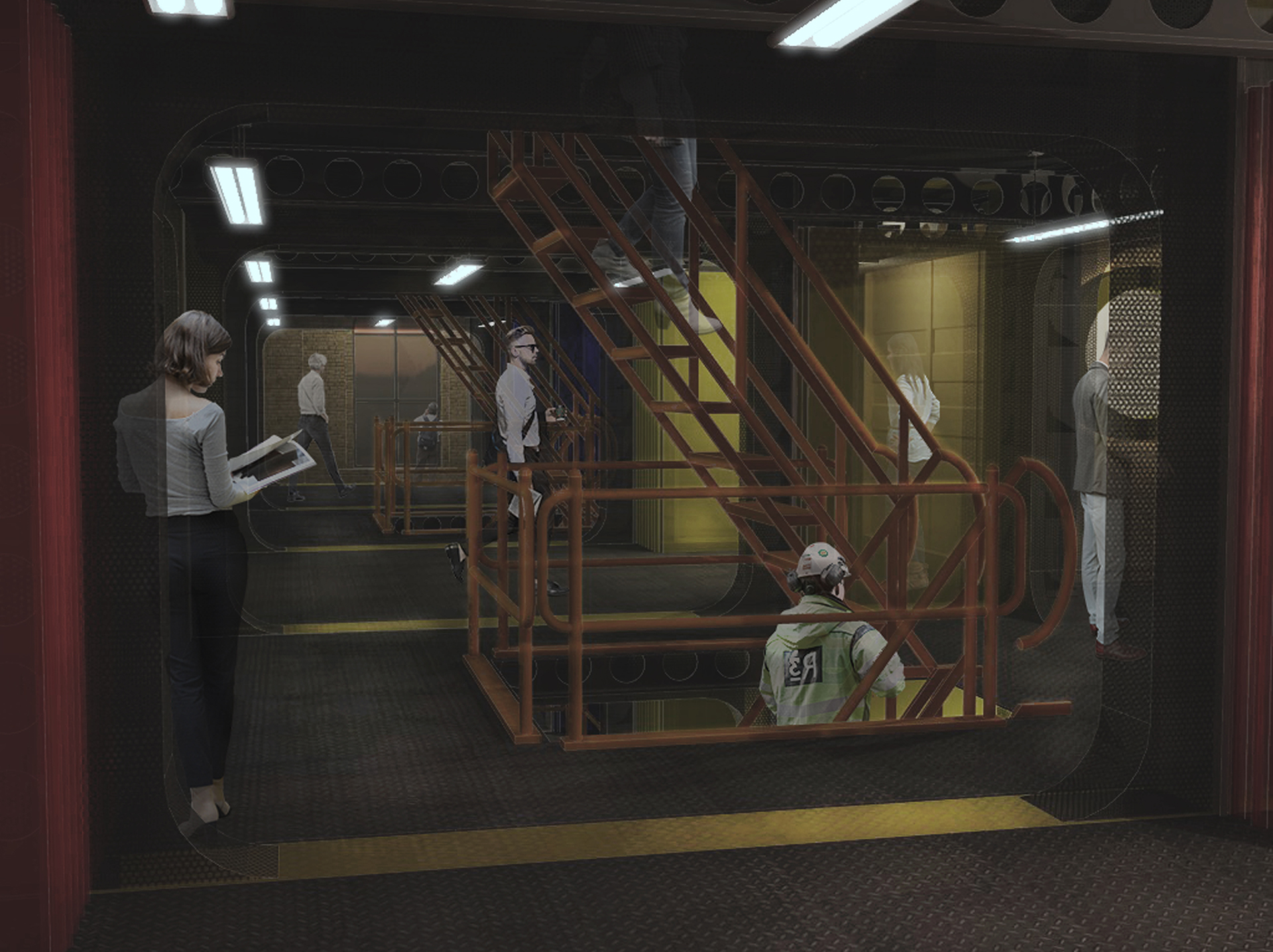 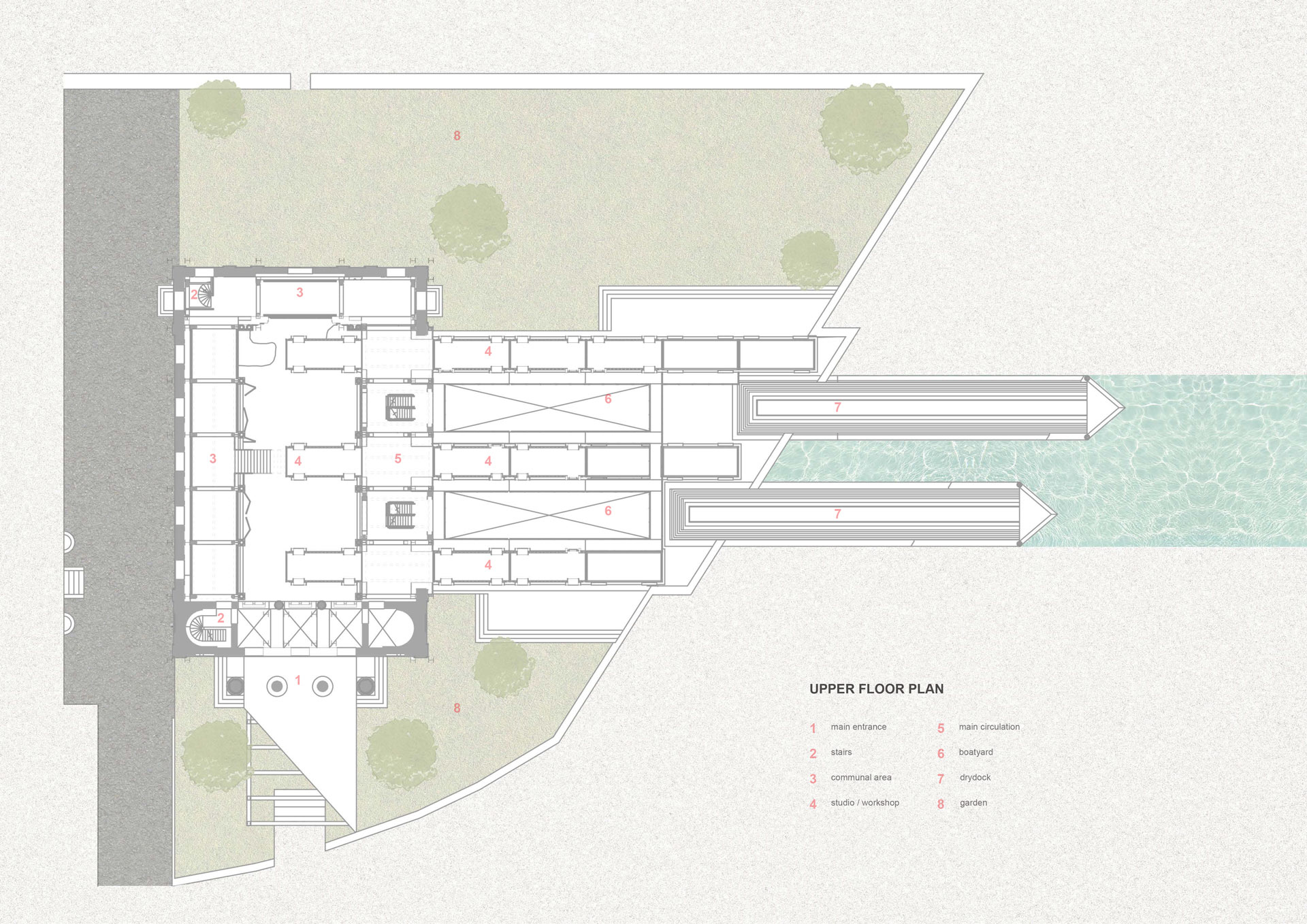