In the near future climate change will effect a change in sea levels that will engulf low-lying land across the world. The Isle of Sheppey, off the north Kent coast, prone to flooding, will be overcome by the North Sea. This project is a response to this climate catastrophe. The position of the existing building, the church, means that in approximately 50 years it will form the new northernmost coast of the island. The churches new use is as a weather station. It is a place where climate change and flood warning can be monitored, where paleoclimatogists can observe historical change, and where migratory patterns can be analysed, of wildlife, as they are disrupted through the changes in weather. The entropy and decay of the existing building, has become a site of research and mediation on the processes of landscape change and building dematerialisation. Three interventions form the station. The first is the main weather station; a long room that shores up the existing building terrace adjacent wall. The second is a subterranean paleoclimatologist wing; a rooms submerged into the ground and closely connected to the soil from which patterns of climatic disruption can be analysed. The third is an observatory, connected to the existing bell tower; affording its occupants a monitoring station to view the waves and migrating birds. The project captures the changes on Sheppey that will be enacted upon it through climatic disruption. The reuse of the church will add another layer to the story of its role in the communities of the island. (258) 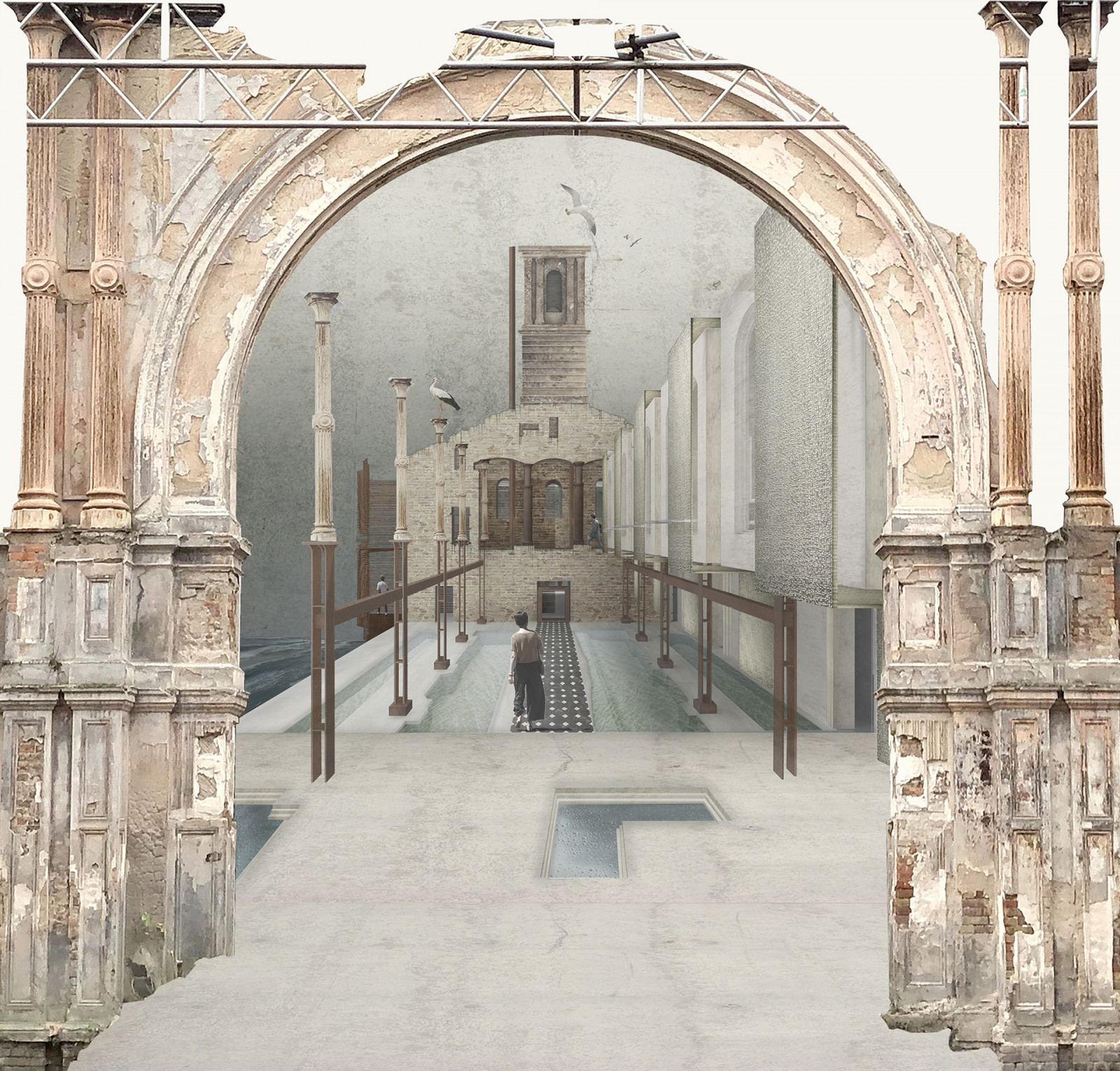 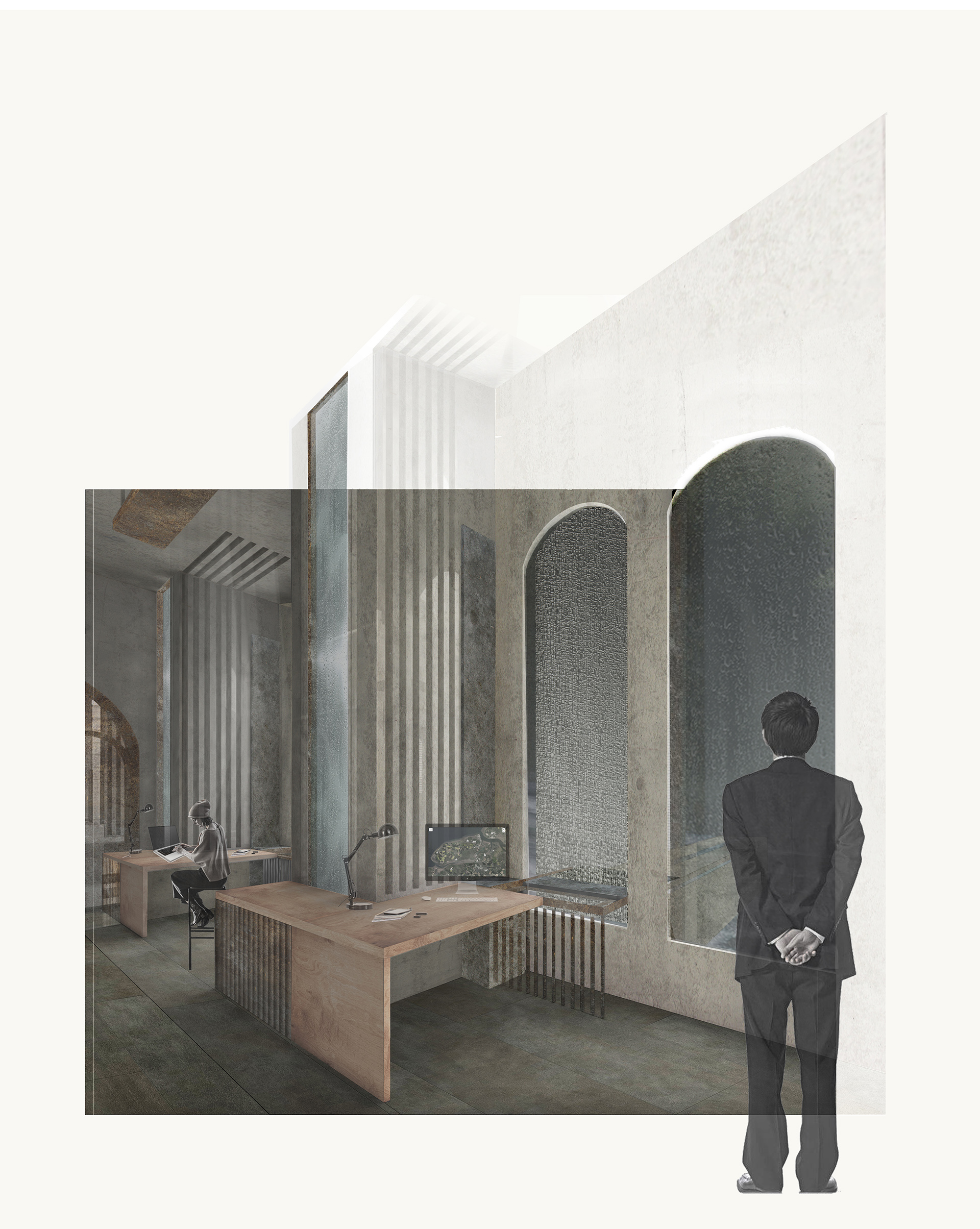 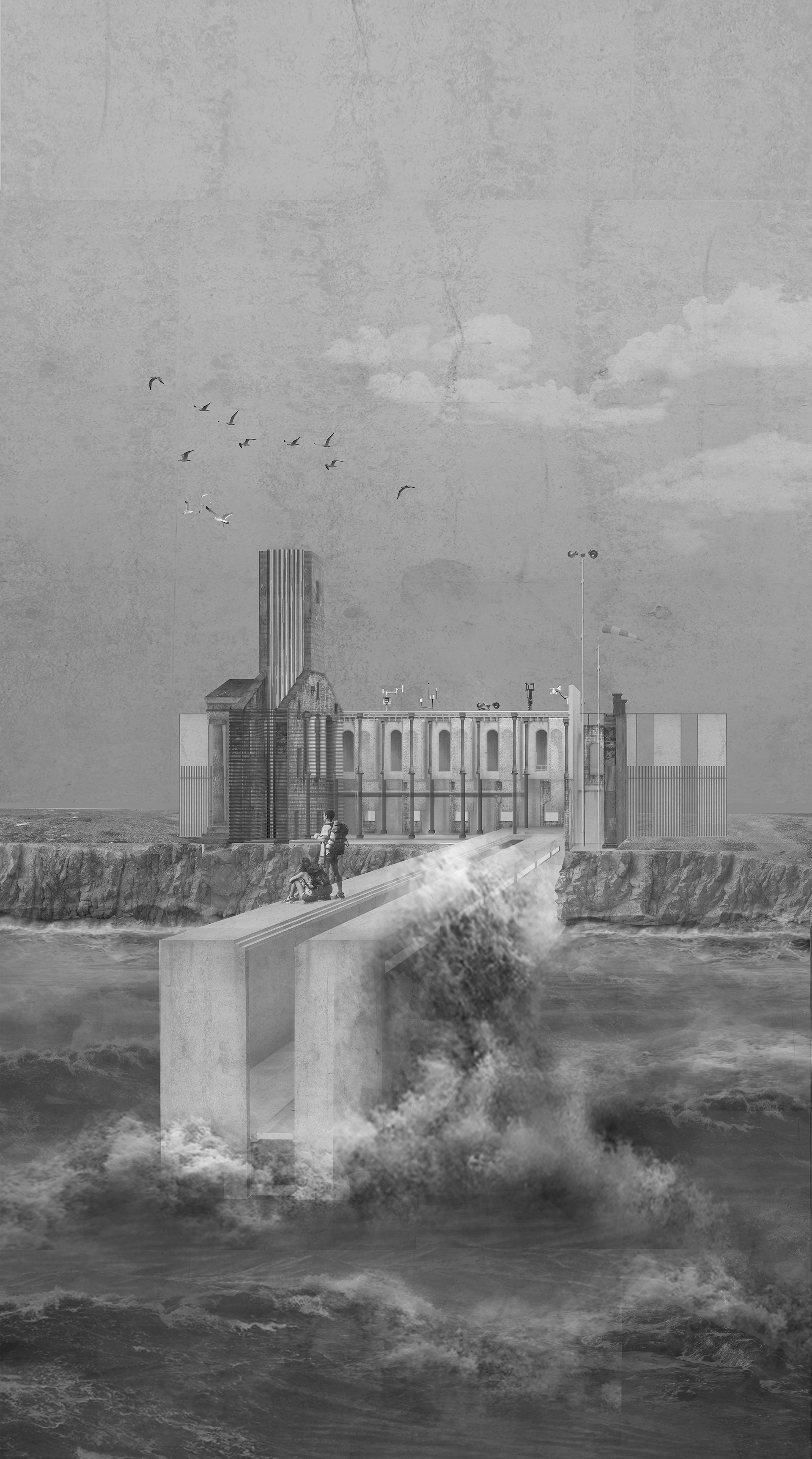 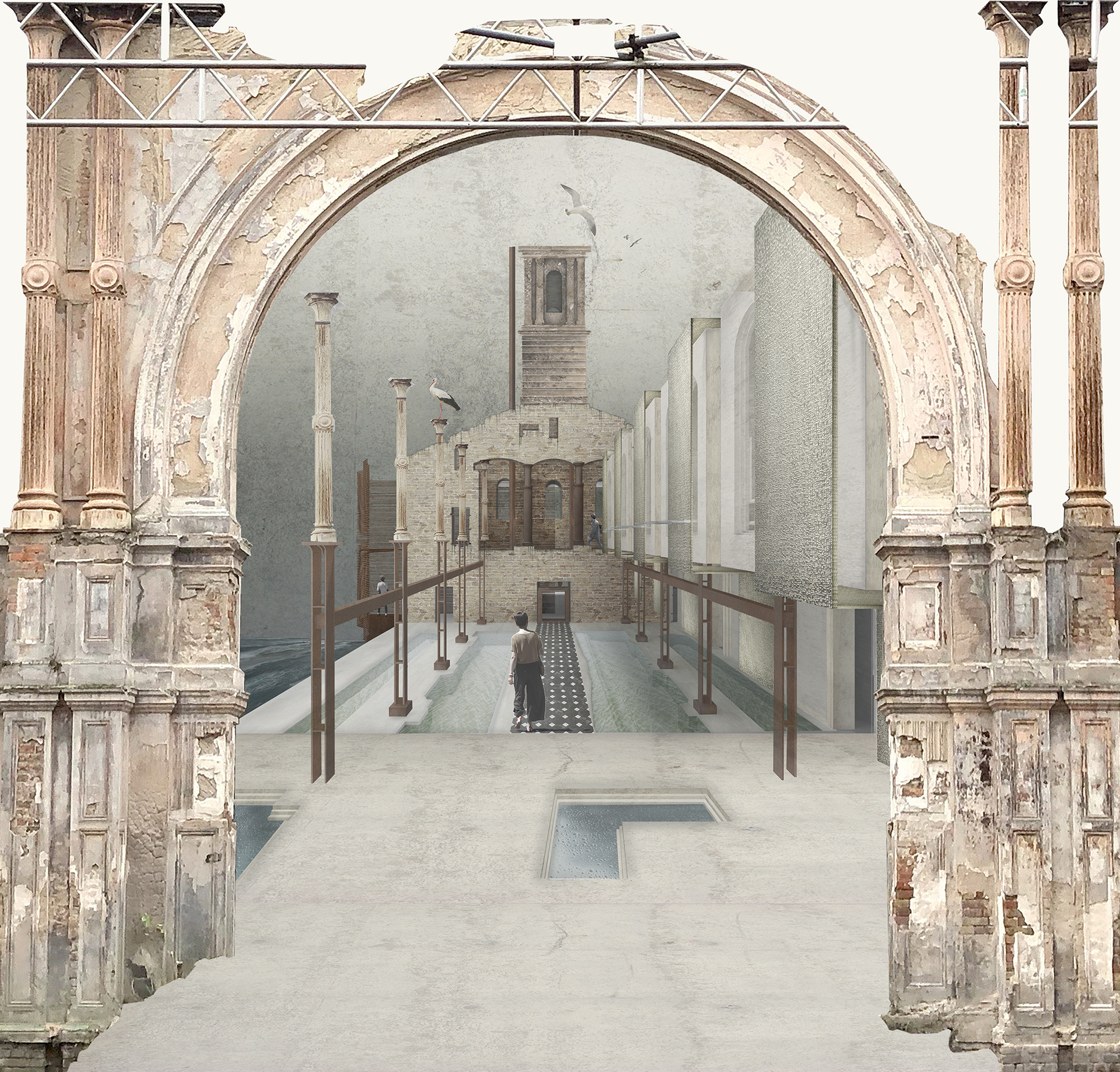 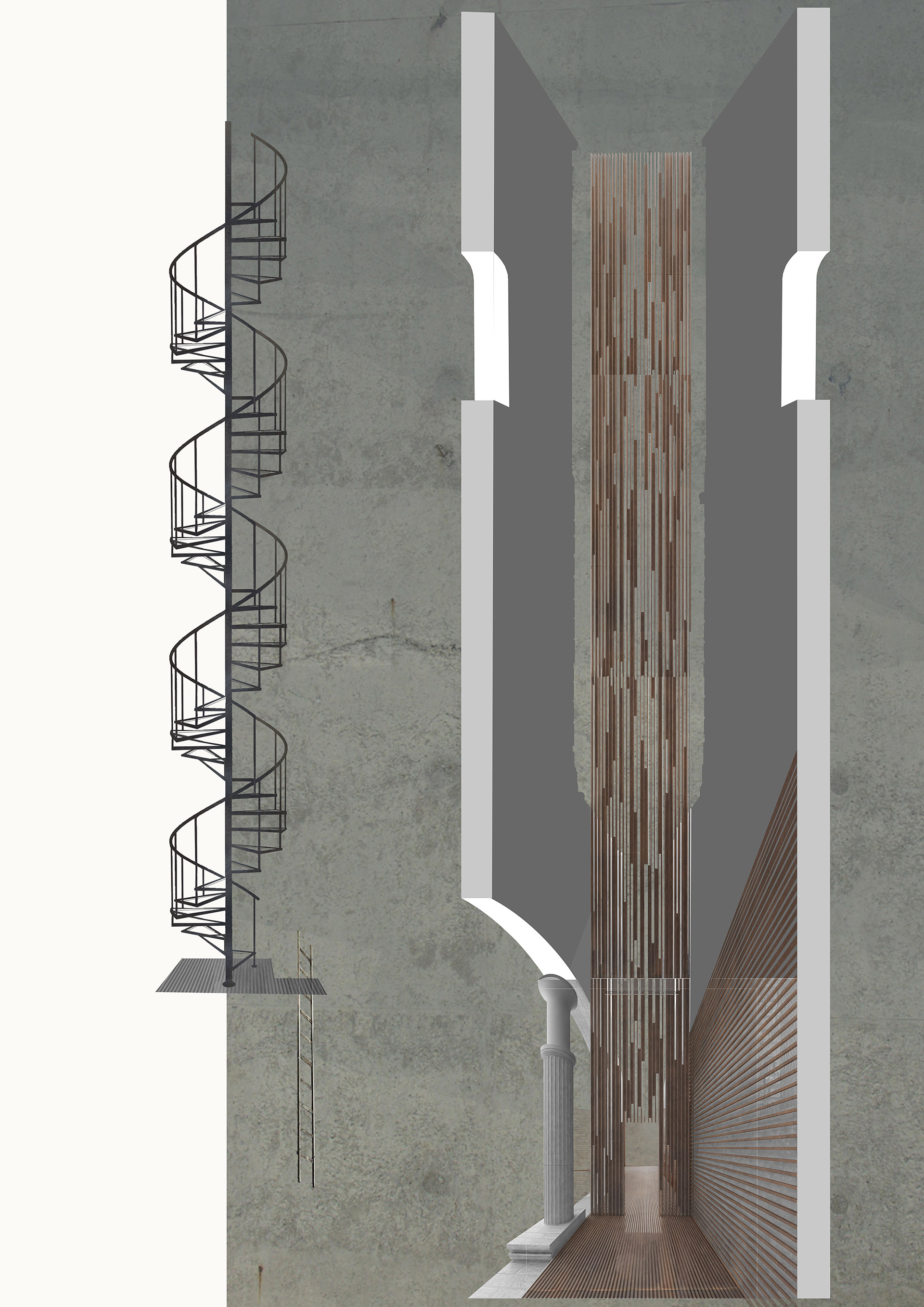 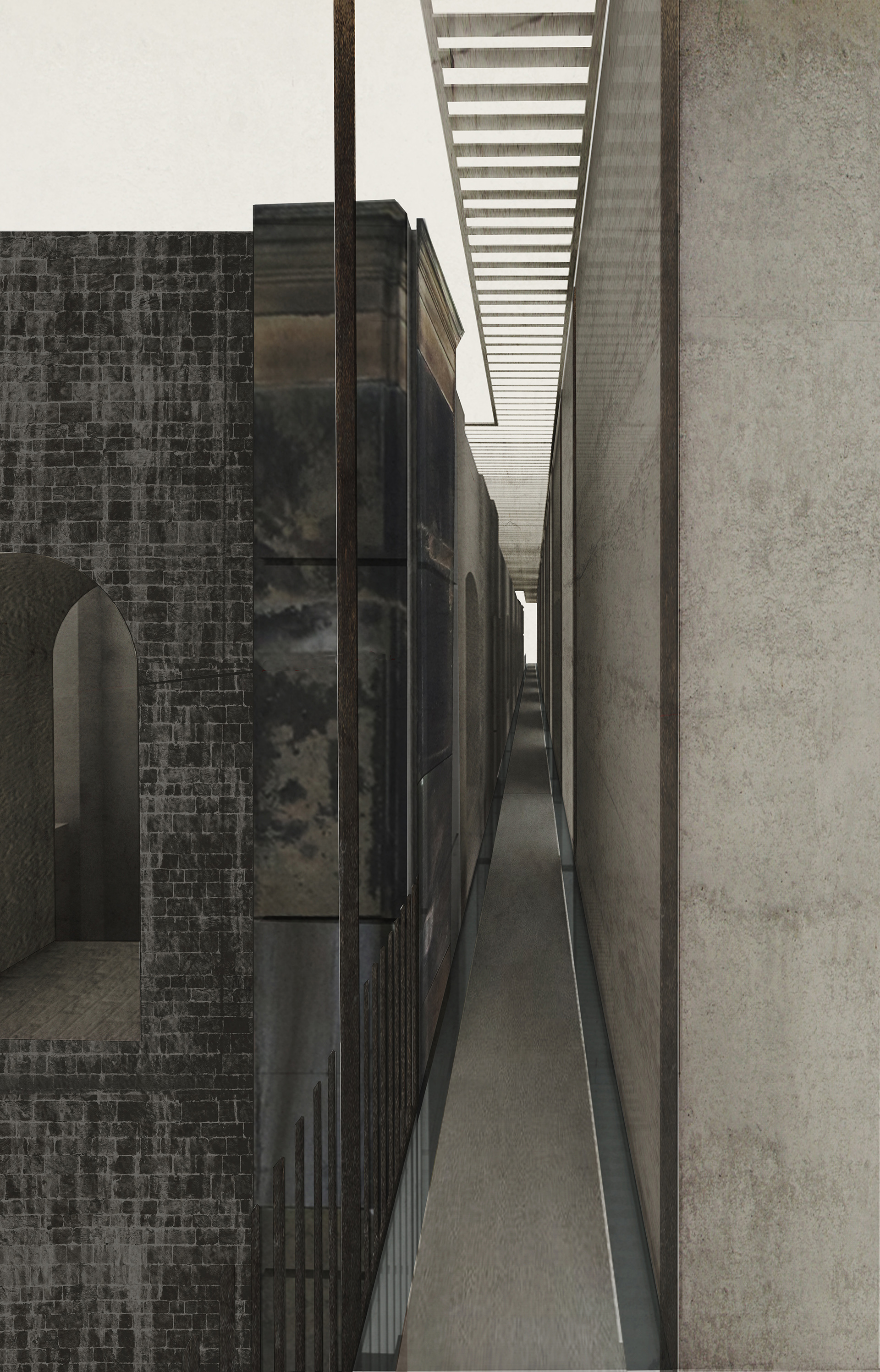 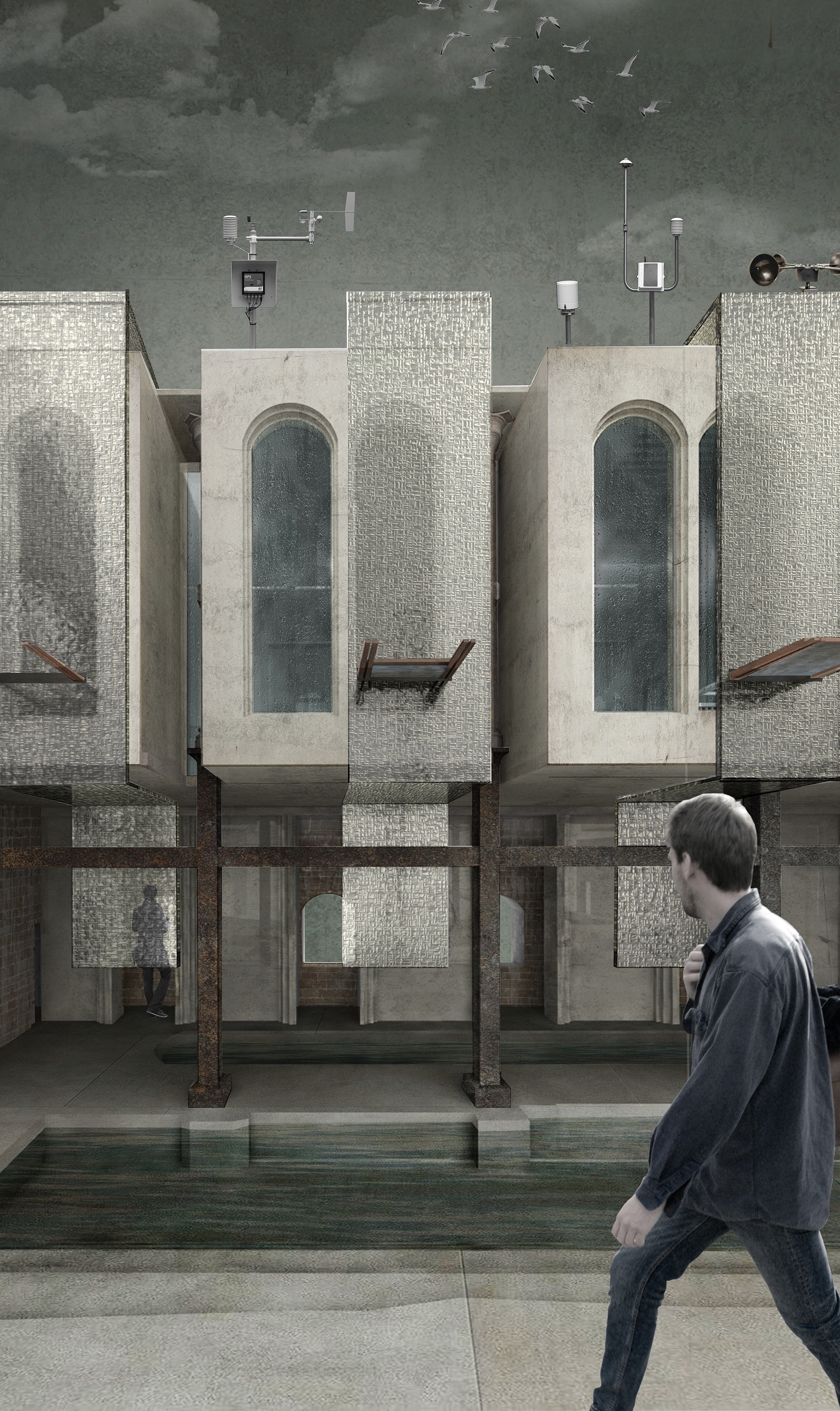 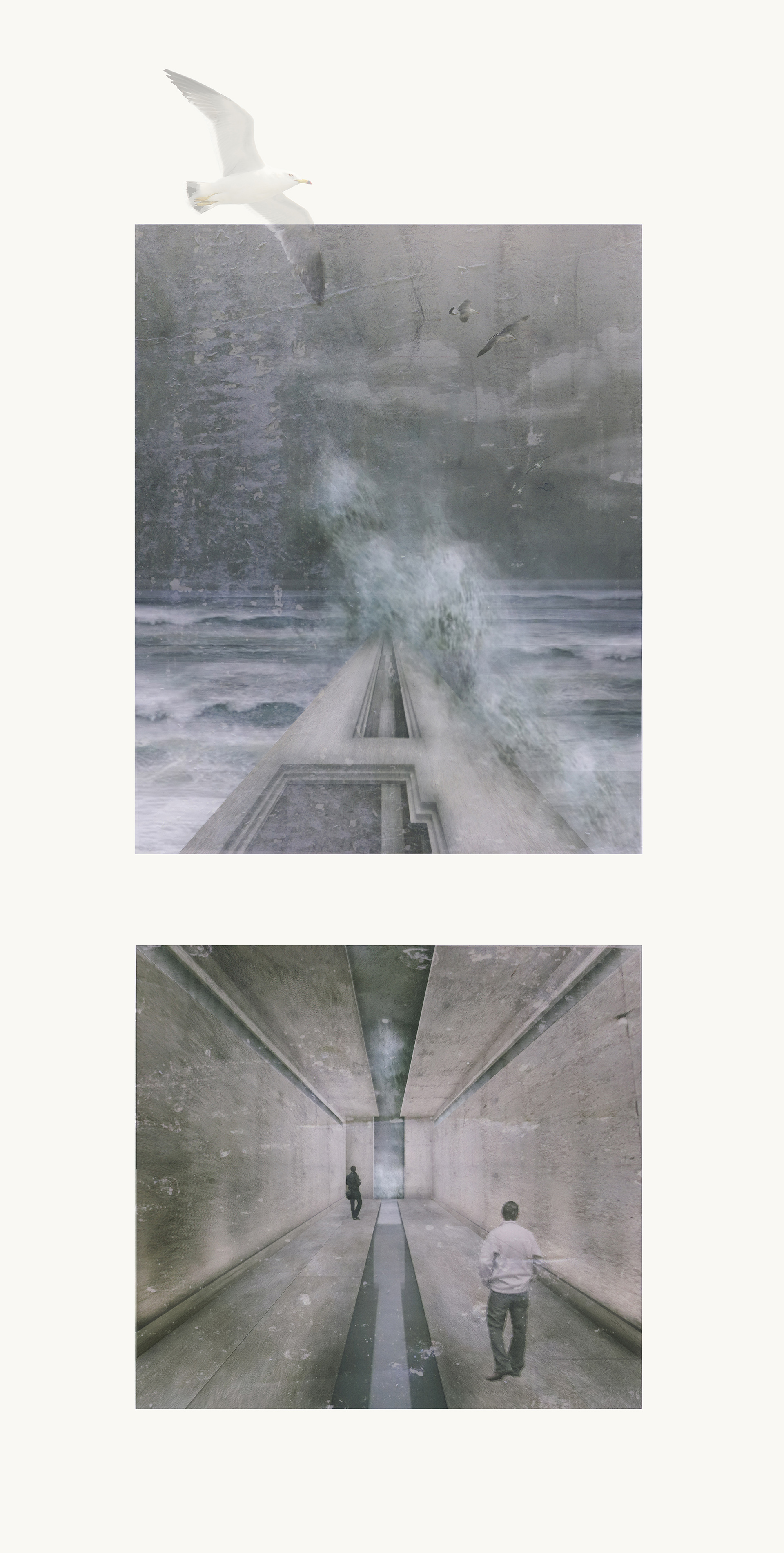 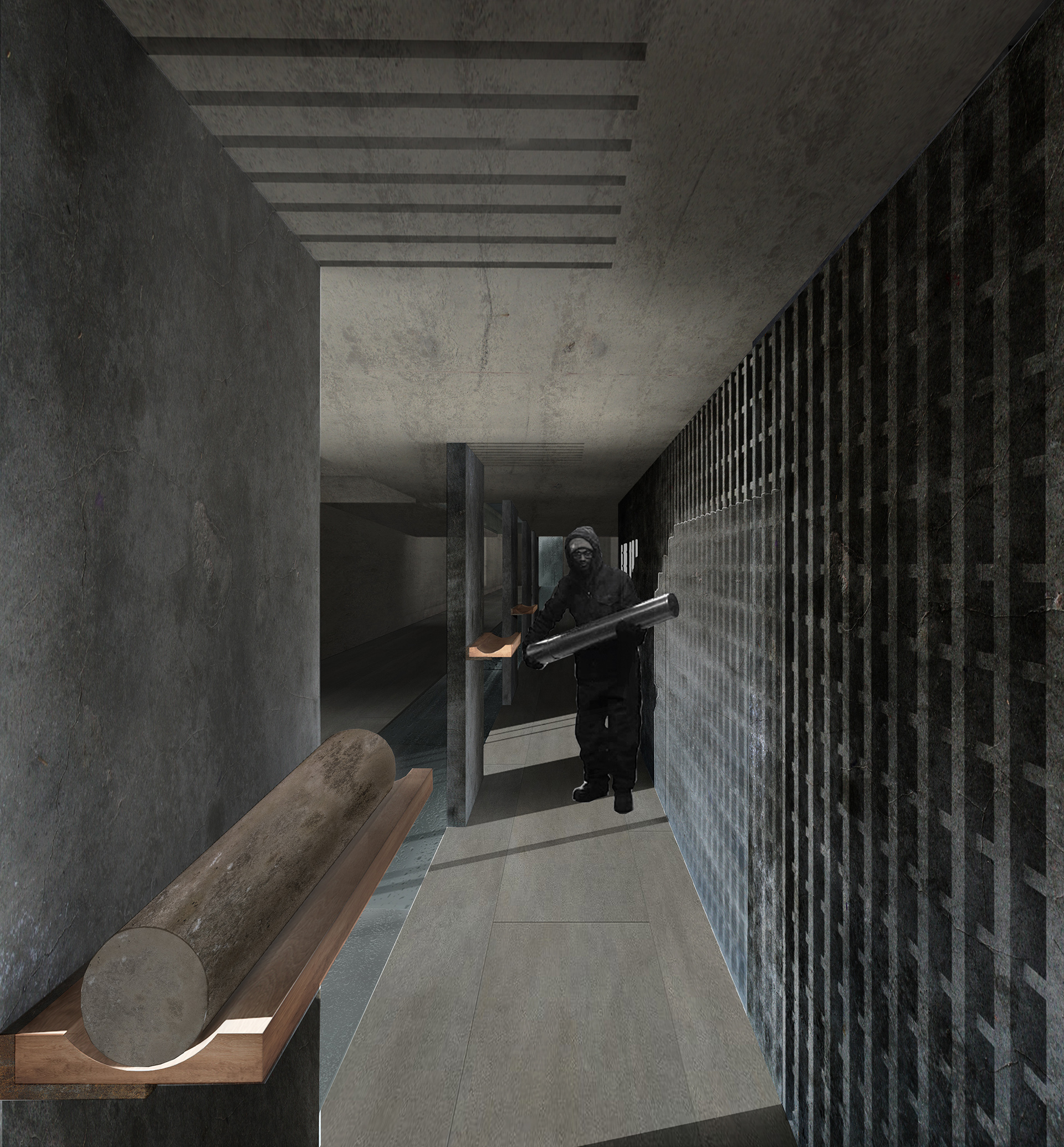 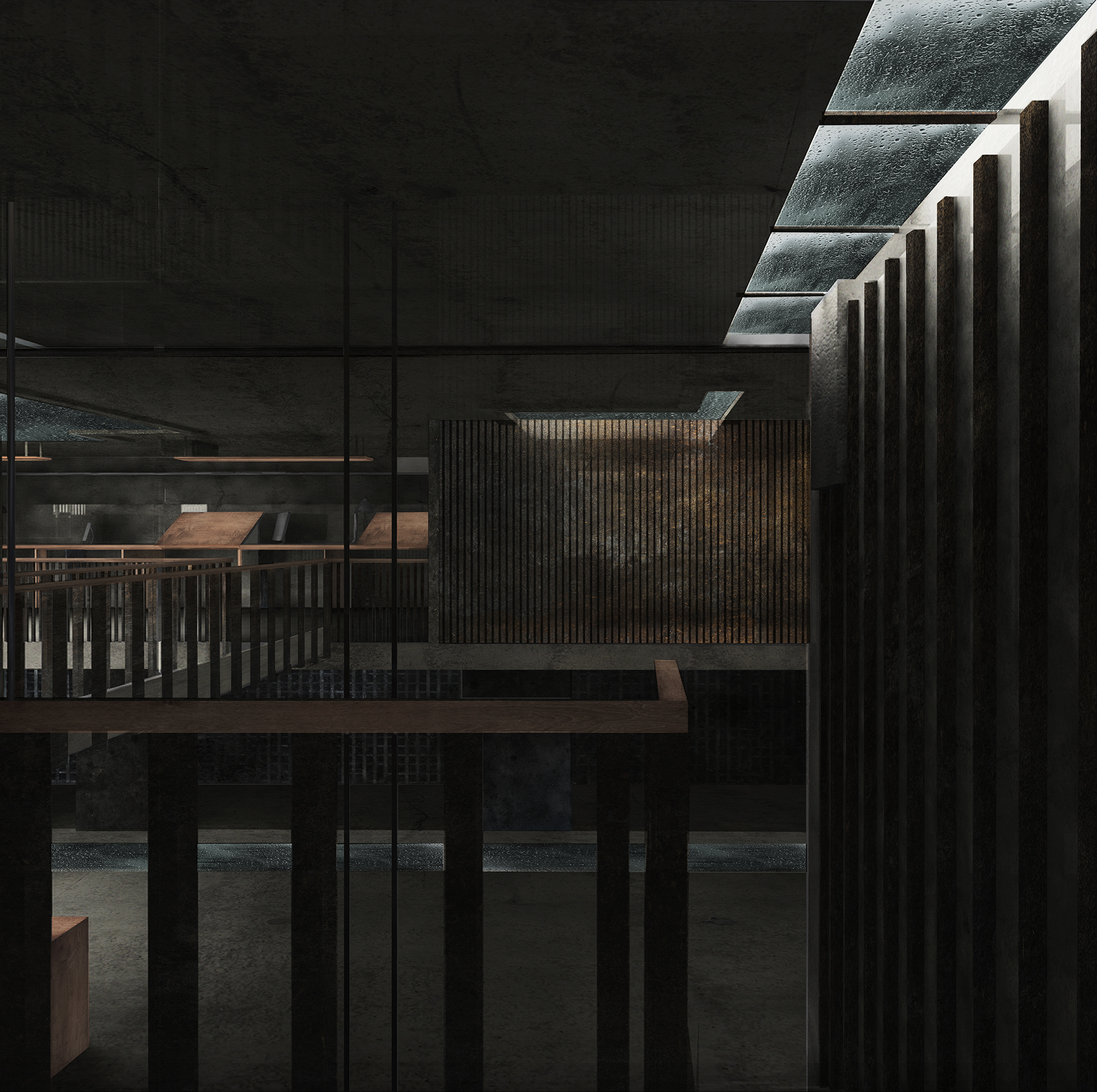 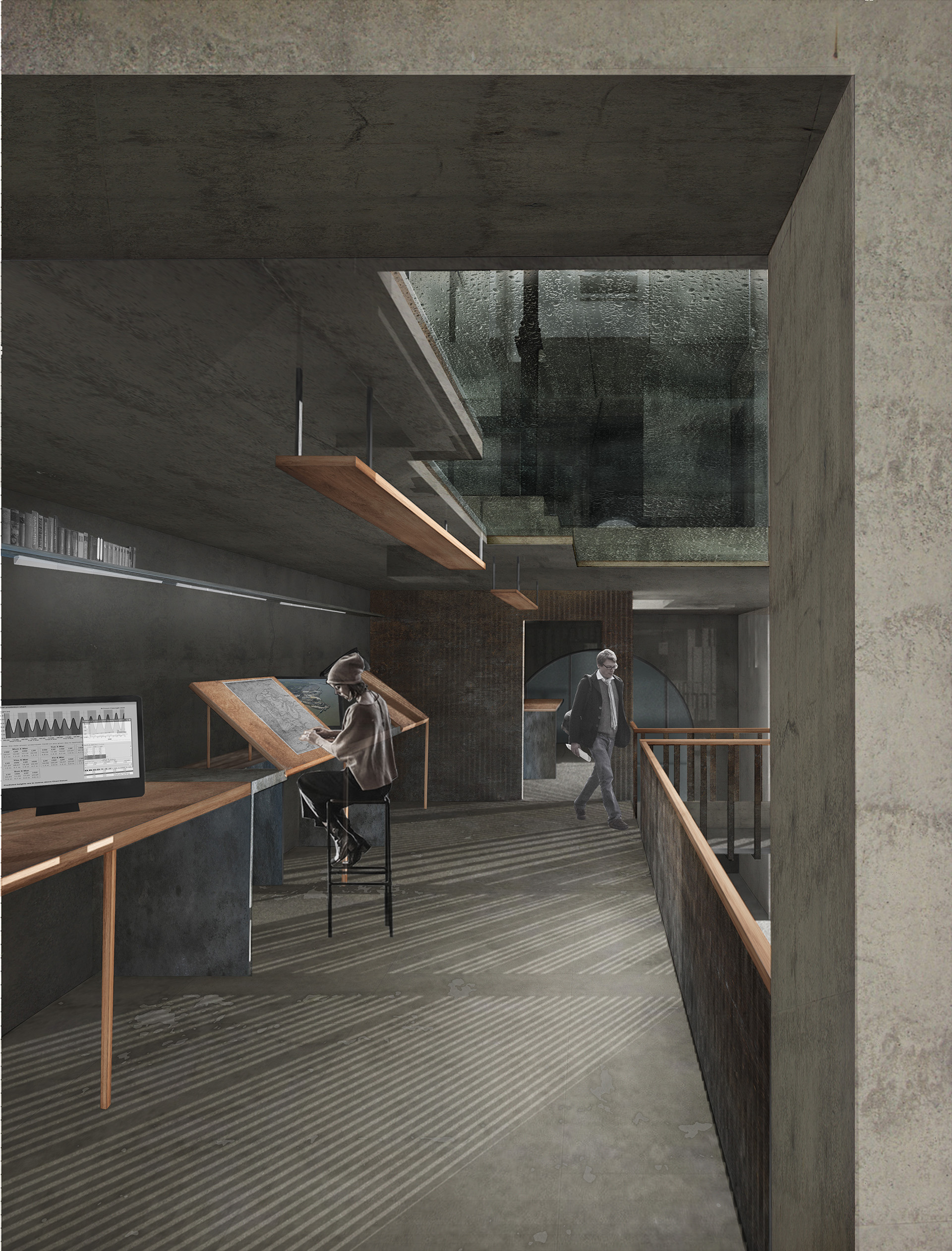 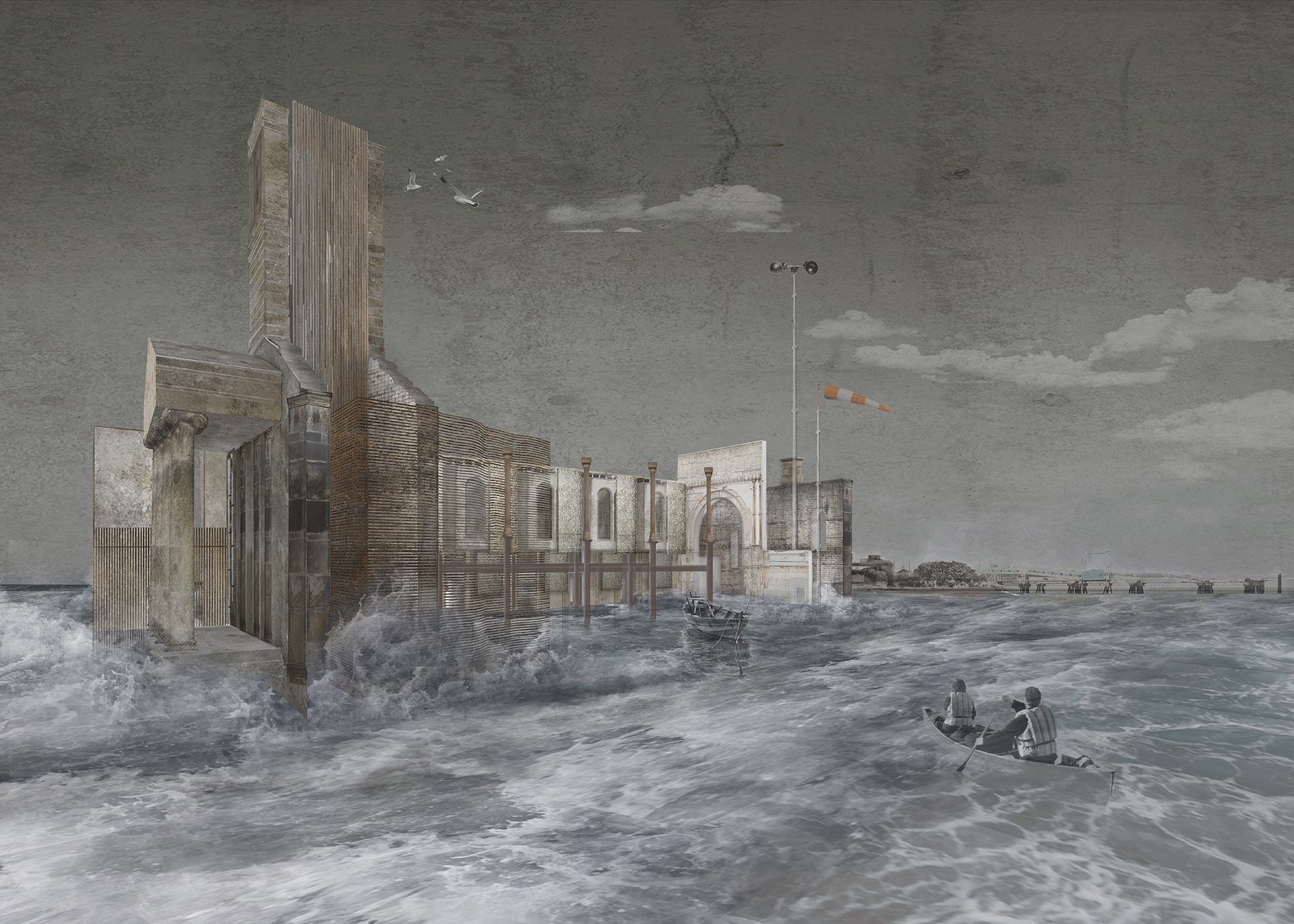 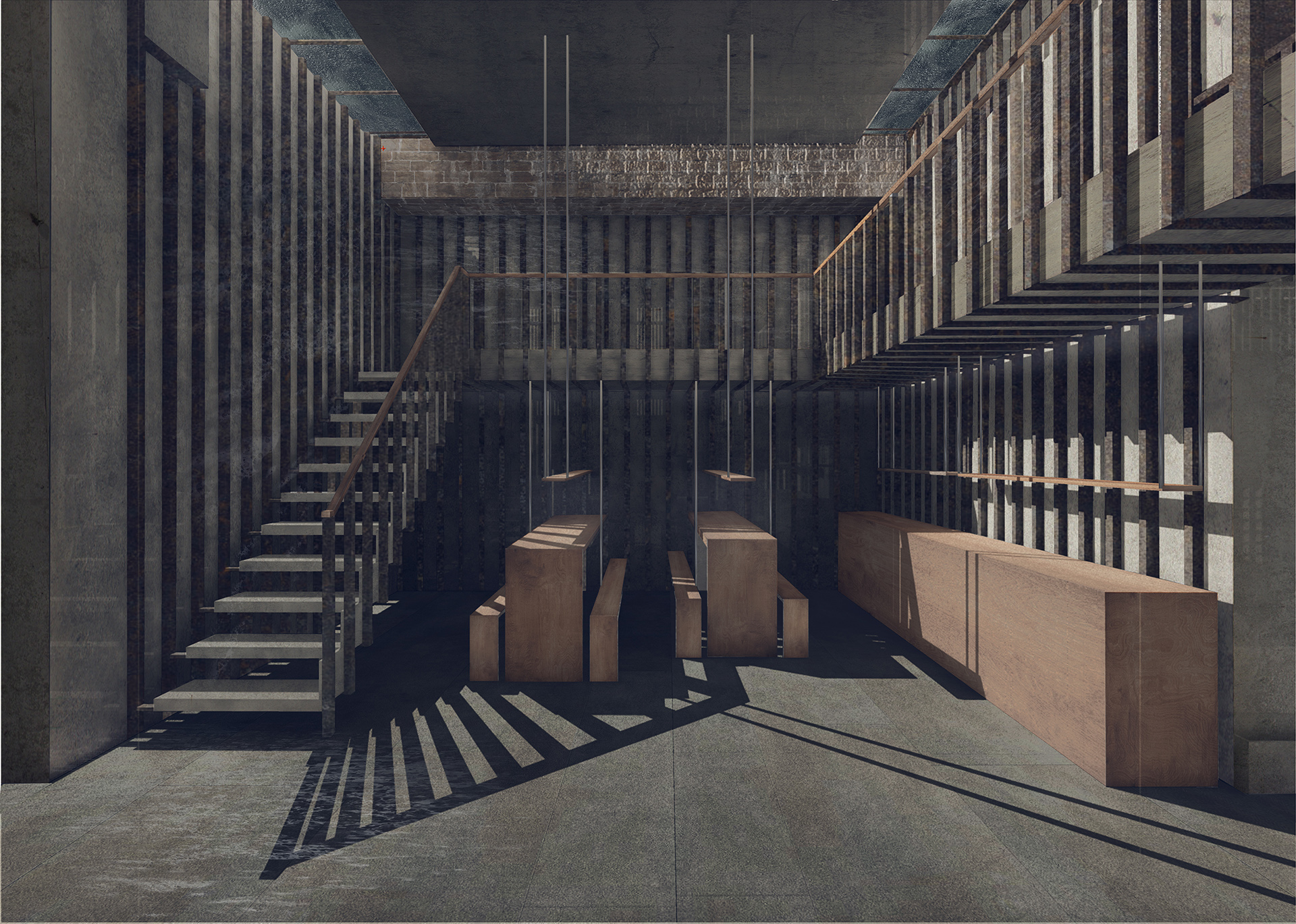